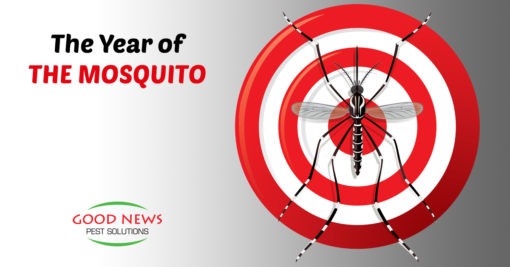 2016 has been an unusual year for news. From unexpected outcomes to Presidential elections to police shootings to the highest focus on resolving racial tensions than we’ve seen for the past 50 years. But one of the biggest news stories for the Gulf Coast of Florida this year was the Zika virus and its primary source of distribution, our old friend, the Aedes aegypti mosquito. The Zika virus was first discovered in 1947, in a captured monkey, by scientists studying yellow fever in the Zika Forest of Uganda. Within 4 years it had been identified in humans, but until 2007, only 14 cases had ever been documented. In May of 2015, the virus, which had previously only been found in Africa and Asia, was confirmed to have spread to Brazil. By December, cases had popped up throughout the Caribbean. By February of 2016, the Center for Disease Control & the World Health Organization, based on an abnormally high number of babies being born with small heads, a symptom of microcephaly, caused by Zika, declared a public health emergency for Brazil and the American continents. With the Summer Games already scheduled to overtake Rio de Janiero and the close proximity of Brazil to our Florida coastlines, the mosquito quickly became the star of newscasts both locally and nationally. While the mosquito, in general, has always been a known vector for various diseases, including encephalitis and West Nile virus, the rapid spread of the Zika virus pushed the general public to demand increased efforts to control mosquitoes. When cases of the Zika virus started appearing in Florida and Texas, even the most somber minds started to worry. Scientists began searching for a vaccine to prevent Zika, but say that even in the best of situations, it would not be available until early 2018. The symptoms of Zika include mild fever, conjunctivitis (red, sore eyes), headache, joint pain, and in most cases, a skin rash. There is no cure for Zika, but mosquito bites can be prevented by utilizing insect repellent and wearing long sleeved shirts and pants, and getting rid of standing water (a mosquito breeding ground). Once infected by Zika, it can also be transmitted to sexual partners for 2-3 weeks. Because of the chance of birth defects, pregnant women are considered particularly susceptible to Zika and should take extra precautions, and some families might want to wait before trying to get pregnant. While governments rushed to utilize their standard practice of spraying harmful chemicals to kill mosquitoes, our Florida universities looked for other options like synthetic insecticides and sterilization. But here at Good News Pest Solutions, we think we have the best option around. One that’s good for your family, pets, and surprisingly...the mosquitoes. Our popular No Bite Zones technology doesn’t kill mosquitoes, which can upset the ecosystem, but instead converts the biting mosquitos into vegans, leaving them with no desire to bite you or your pets. And like all of our solutions, it’s entirely eco-friendly and safe for your whole family. As it starts to get cooler, we’ll see fewer mosquitoes out anywhere, but as soon as temperatures start to rise, you can be sure they’ll be back. Just this week another case was reported in Texas, bringing the total cases within the United States to just under 4500, with 1100 of those pregnant women. Don’t wait until spring, take precautions to protect yourself and your family today.