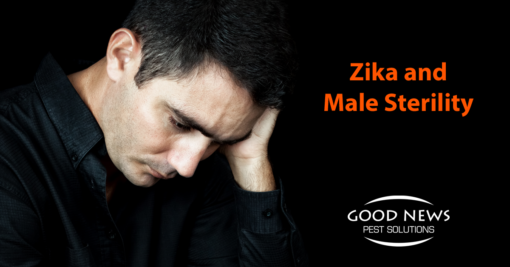 Could Zika Virus be Linked to Male Sterility?

It’s been a busy year for our friend the Aedes aegypti mosquito. She’s already been deemed one of the most important news stories of 2016, but the year’s not quite over yet… Since February of this year when the Zika virus first started to gain national attention, the focus has primarily been on the effects of the virus on pregnant women and their unborn children. A motherly mosquito causing adverse effects for her human counterpart. But a new study has recently flipped the attention to the other half of the pregnancy equation. As locally transmitted cases continue to tick up in the United States, especially in Florida, a university study is leading scientists to believe that Zika may cause irreversible sterility in some men. For starters, we want to remind you that only one in five people exposed to the virus ever experience symptoms at all. And most who do experience symptoms only get a rash, fever, aching joints, and pinkeye. For some pregnant women, exposure to the Zika virus can result in their unborn child being infected with microcephaly. A child born with microcephaly has an unusually small head, a life-long disability which can be fatal. The virus has also been linked to Guillain-Barré syndrome (GBS), a disorder in which the body's immune system attacks part of the peripheral nervous system. It can result in life-threatening paralysis. Now a University of Washington study has found a potential link between Zika and male sterility. When some male mice were exposed to the virus, they developed shrunken sexual organs and reduced sperm & testosterone counts. And the damage may be irreversible. Of course, mice aren’t humans, so there’s no guarantee that even with the similarities between our species that human men will be similarly affected, but it definitely raises some concerns that should be taken into account. As always, the safest way to prevent running afoul of any mosquito bite is to wear long sleeves and pants and try to avoid leaving any standing water around as a breeding ground for mosquitoes. Or if you’d prefer an organic solution that protects the mosquitoes’ nature as pollinators, but turns them from blood-seekers to vegans, check out our exclusive No Bite Zones technology.