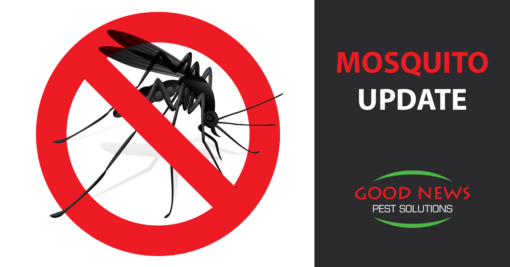 The Latest on When Mosquitoes Attack! (An Update)

No, they're not really attacking, This isn't one of those Friday night, B-level science fiction horror movies! But, if you’ve lived in Florida any time at all, you’re aware that the extensive rains we’re having this month will lead to a larger than usual mosquito population in short order. In fact, Sarasota County is already warning their residents about an outbreak and taking specific measures to minimize the effect on their residents. This time last year, we were all talking about the Zika virus and how mosquitoes were instrumental in spreading it across South America and our own Sunshine State. But as we’ve mentioned in the past, Zika isn’t the only virus that the Aedes aegypti and Aedes albopictus are known to spread.

Wait, What Else Do Mosquitoes Spread?

In fact, long before Zika was on our collective radar, we’ve known that those same mosquitoes are linked to the spread of dengue fever and Chikungunya virus, but we had no clear proof. Since the first mosquito-related case of Chikungunya virus was discovered in the Caribbean in 2013, more than a million cases have been reported, including almost 200 in the United States. But until recently, those were all attributed to travel-related circumstances. There are three strains of Chikungunya virus that have been genetically identified and named for their origins – West African, Asian and East-Central-South African (ECSA) Now, researchers have discovered a female Aedes aegypti mosquito in Brazil specifically carrying the East-Central-South African strain of Chikungunya virus. Luckily, none of the mosquitoes scientists captured for this sample tested positive for Zika or dengue.

What Does This Mean for Us?

While Brazil might seem far away, it’s only a few miles as the mosquito flies. And proof of the virus present in a local mosquito there means that it could start spreading further north and that our own mosquitoes could have a higher likelihood of biting an infected person and then spreading it to the other hosts they snack on. A more troubling thought is that because of certain conditions in Brazil, it’s much easier for the virus to spread rapidly. Although people infected with the virus aren’t contagious, the mosquitoes don’t check anyone’s medical alert bracelet before biting down, allowing the virus to spread easily in highly populated, tightly packed communities.

What Can We Do?

It’s never our intention here at Good News Pest Solutions to spread fear, so this is just interesting information. But why not take precautions now to prevent potential problems in the future – not to mention, virus or not, nobody likes being nibbled on by a pregnant, hungry mosquito. That’s why we’re encouraging everyone to consider our exclusive No Bite Zones technology – the same all natural, organic solution they used to protect our athletes in Brazil last year. No Bite Zones uses a safe, natural process to transform the female mosquitoes from craving blood to feed the babies growing in their bellies, to complete vegans. And just as if they’re living in California, their offspring become vegans too! For life. That means fewer bites - period. And prettier flowers – since mosquitoes are the number two pollinators after bees. Contact us today to protect your family and pets from annoying – and potentially painful – mosquito bites. Because even if you’re living all the way down in Punta Gorda, you can’t avoid the mosquitoes – so teach them to avoid you!