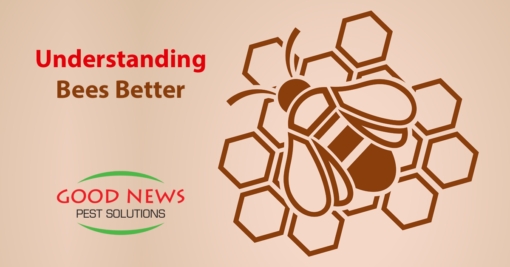 Building a Better Bond with Bees

We’ve posted several times about the dwindling bee population. In fact, for the past 11 years, the bee population has decreased by approximately 40% per year, resulting in a focused campaign on many fronts to not only try and deal with the problem, but to raise the public’s awareness of it as well. That included a grant from the United States Department of Agriculture of 4-million dollars to help improve the health and reproductive cycles of bees in the Midwest. The US Postal Service recently launched “Protect Pollinators” - a Forever stamp campaign, highlighting the bee as well as the butterfly. And all the attention spurred many others to start studying the Apis mellifera more closely, including several universities in the United States and Canada, and National Geographic.

Why Are Bees So Important?

You may remember that insects pollinate by transferring the male germ cells of a plant to the female stigma. Sometimes that’s the same plant – more often it’s a different plant, due to a difference in maturity and seeding times. There is some wind-borne pollination, but the majority of plants that we use for food can only be pollinated by insects. Bees are the number one pollinators – handling 80% of insect-oriented pollination, accounting for some $15-BILLION per year in agricultural production. Not only can the large perennial colonies move to wherever they are needed, but they can communicate direction and distance from the hive to nectar sources – an attribute humans have taken advantage of as we work to help the bees help us. Honey bees excel at finding the most abundant and sweetest source of nectar near the colony. Scouts communicate information about the source to their brood with what is called “dance language.”

While the precipitous drop in bee population since 2006 looks to be slowing somewhat, scientists say that the size of the honeybee population has been cut almost in half since the 1970’s. And post-apocalyptic fears aside, they say that the one thing that could almost certainly mark the end of life on earth as we know it is the decimation of bees.

Where Are the Bees Going?

Several theories have been brought up over the years to explain the loss of bees. Habitat loss, fungal disease and pesticide use have all been considered. Colony Collapse Disorder has, until recently, been the most accepted explanation for dwindling numbers. But a recent discovery looks to blame a more specific source - Varroa destructor, a parasitic mite from Asia. The pinhead-sized mite crawls onto young bees and sucks their blood. This eventually destroys a hive because it weakens the immune system of the bees, and it makes them more vulnerable to stress and disease.

See it to Believe it

National Geographic commissioned Anand Varma to take detailed photographs of developing honeybees. As you can see in the short video below, he took a long look at the first 21 days of a bee’s life, with the mites clearly visible in this macro-view of a bee colony. Varma also explains how an experimental breeding program at the USDA Bee Lab in Louisiana is finding ways to exploit some bees’ natural resistance to the mites, while avoiding some known side effects. By delving deeper into what makes bees function and thrive, we can further assist them, possibly even reversing the disappearance of the bees and redeeming our past interactions with our favorite pollinator.

One way you can help the bees today and protect Florida’s status as the number 3 producer of natural honey is by choosing to utilize the 100% natural, integrated green pest control that Good News Pest Solutions provides. We’re committed to keeping your family, pets and the environment safe from harmful chemicals, whether you live in Apollo Beach or Port Charlotte. For more information, give us a call!