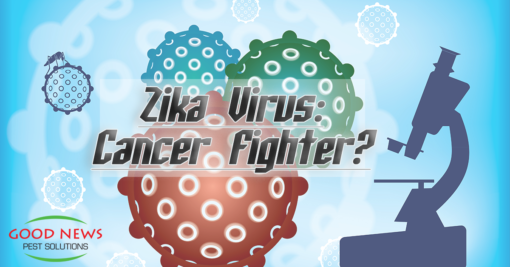 There are many happy accidents throughout history where a scientist’s intention becomes a catalyst for a completely different discovery. The oldest and best remembered is of course the bread mold that Alexander Fleming (not Louis Pasteur) first identified as penicillin. Then there’s the heart medications – minoxidil and sildenafil became Rogaine and Viagra. Finasteride, developed for prostate cancer, became Propecia, and of course, the most powerful neurotoxin known to man, Botulinum, is used to relieve wrinkles, but also Parkinson's disease, bladder spasms, and even chronic migraines. But even after all that, we’re always surprised when a new accidental medical discovery comes along. None stranger than the latest one... Unless you’ve been living in a bomb shelter for the past two years and have just emerged to check the latest news, you’re aware that the Zika virus, carried by Aedes mosquitoes, has been quite a concern in Florida, Texas, Lousiana and South America. One of the biggest concerns has been for pregnant women, as being infected with the virus leads to in-utero birth defects, particularly brain damage in developing babies. But what if you could harness the damage the Zika virus does to unborn children and use that viral instinct for good? That’s exactly what scientists at Washington University are now testing. And they say the tests are going well. Dr. Michael Diamond, a professor of molecular microbiology, pathology and immunology at Washington University School of Medicine in St. Louis says they now have evidence that the Zika virus successfully kills stem cells in brain tumors. The idea came from another researcher, Zhe Zhu, who noticed that the glioblastoma stem cells in the cancer looked a lot like the stem cells you find in a developing infant brain. Glioblastoma stem cells are the ones that make brain cancer so insidious, allowing the diseased cells to take over the once healthy cells and are fairly resistant to chemotherapy and traditional cancer treatments. Zhu postulated that since the Zika virus kills those fetal cells, maybe it would do the same to the tumor cells. They’ve also had success treating mice with brain tumors. The next step is to test human tumors grown in mice, then eventually human trials. With the destruction and heavy rains brought to the Sunshine State by Hurricane Irma, and with other potential storms on the horizon, mosquitoes are a major concern for all of us and our neighbors. Even without the threat of the Zika or other virus’, nobody likes being bitten by a mosquito. So why not turn the ones in your yard into vegans? Our patented, exclusive No Bite Zones technology eliminates the threat of mosquito bites, while leaving them around to do their original good work as pollinators. We’ve helped families across the Gulf Coast of Florida, everywhere from Ruskin down to Punta Gorda with all natural pest solutions, and we’d love to help you too. Give us a call. Our thoughts and prayers remain with all those to our south who took the brunt of Hurricane Irma. Our prayer is that the God of all comfort will do His work as only He can do! And click here for some tips on staying safe as you rebuild.