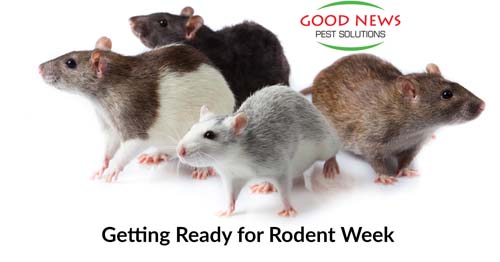 While they will never be as popular as some of their other rodent cousins, Hollywood has certainly raised the profile of rats for most folks. Whether it’s Remy in Ratatouille, Master Splinter from Teenage Mutant Ninja Turtles, the Muppet’s Rizzo, or even Scabbers, I mean, Peter Pettigrew from Harry Potter, we have plenty of rat, er, heroes. Recently, even blame for the Black Plague, long attributed to rats, has been shifted – to the Gerbil, of all animals. Still most people are still more comfortable finding rats amusing – as long as they’re in someone else’s house.

Did you know there are some rats that grow to the size of small dogs? And no, not just Paris Hilton Chihuahua-size. The Gambian Pouch Rat can grow up to 3-feet in length and weigh as many pounds. Usually they are only found in Africa, but their popularity as exotic pets have led to some being relocated to the Florida Keys. There’s also the Sumatran Bamboo Rat (likely the inspiration for a giant rat mentioned in the Sherlock Holmes vs the Sussex Vampire story), which grows to almost 20 inches and 8 pounds. There’s even a bigfoot among rats – the Sundamys infraluteus or Mountain Giant Sunda Rat.

You thought rabbits were fast? Rats can reproduce every 3-4 weeks. That’s 6-10 new rats per momma every month. So it’s no wonder they tend to cluster in large families, appropriately named "mischiefs." Ever wonder where rats get their super gnawing skills? They can chew through wood, brick, concrete, even aluminum and lead! The teeth of a rat never stop growing. In fact, they grow an average of 5 inches per year. And you thought your high school photos had a little overbite!

While some of the photos you may have seen on Facebook and Twitter were staged to look bigger, the largest common rats – Rattus norvegicus (brown rats) and Rattus rattus (black rats) only grow to about 9 or 10 inches, and most stay a bit smaller. What’s really a concern are so-called ‘super rats,’ which aren’t giant in size, but have developed a resistance or immunity to the poisons and chemicals used to control rat populations. Luckily for our customers on the Gulf Coast of Florida, Good News Pest Solutions uses only the best rodenticides.  We also use much more effective, humane methods and are even considered the area’s leading experts in stopping rodents from entering your structure, reducing existing nearby populations, and removing those who may already be present. We’ve dealt with rodents in even the most high-end development communities like Lakewood Ranch and North Port. If you need help, give us a call!