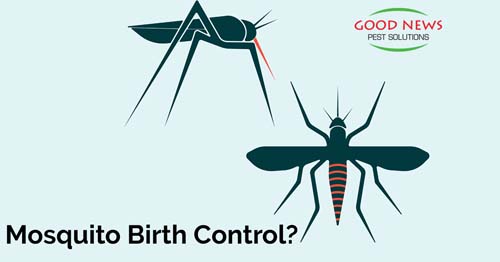 Even without the threat of Yellow Fever, Zika and Dengue viruses, the mosquito leads the list of most annoying insects. Especially during the summer months, which, thanks to our subtropical environment, tends to linger longer in Florida. So it shouldn’t come as much of a surprise that scientists at universities across the United States are always looking for ways to control the mosquito population.

Nipping it in the Bud

Recently, researchers at the University of Arizona discovered what appears to be the first step in a birth control solution for mosquitoes. They isolated a protein they christened "EOF-1" that is partly responsible for producing viable eggshells in momma mosquitoes. By shutting off this protein, the eggs never fully form and the offspring never have a chance to develop. The scientists tested the effect on Aedes aegypti, the most prevalent spreader of Zika virus, then found similar success with the Tiger mosquito (Aedes albopictus), also a significant source of virus vectors.

Further study of the “Eggshell Organizing Factor – 1” determined that this protein is unique to mosquitoes. No other organism has it, so any drug used to render the protein dysfunctional would not affect anyone other than mosquitoes. In fact, the scientists attributed the development of EOF-1 to mosquitoes’ growing resistance to chemical pesticides. Their hope is that developing a more natural way to attack mosquito’s reproductive system could be a safe and effective means of birth control. In effect, they could use the solution to significantly reduce mosquito populations in areas of high risk for human disease transmission.

Of course, there’s always the danger of going too far with any pest control method. Using their solution to cut down on mosquito births in disease areas is ideal. But if mosquito populations are reduced too much, it can have a deleterious effect on the ecosystem. Mosquitoes remain the #2 pollinators next to bees, and any reduction in population could affect that. That’s why we here at Good News Pest Solutions have found a better way. We still use all-natural means. But, instead of sterilizing or killing the mosquitoes, one way or another, we utilize a process that switches off their taste for blood. So, pregnant female mosquitoes – the only ones who bite – return to their vegan state, and pass that on to their offspring. It's a true win-win! If you’d like to learn more about our Mosquito Protection Program or how effective it’s been for our customers from Parrish to North Port, just give us a call!