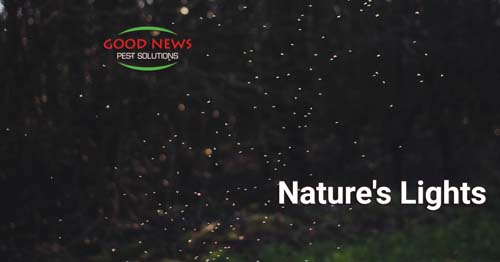 God’s creation is filled with all manner of strange and unusual creatures on the land, in the air, and deep in the ocean. Many folks point to the duckbill platypus as an example, but we’ve found some even stranger exhibits of the wonders of the animal and insect world.

Lighting up the Sky

We’re all familiar with lightning bugs or fireflies that hang out in quiet neighborhoods in the summer months. But did you know there are more than 2000 different species of fireflies (technically beetles). And not all of them light up. For some reason, likely environmental, lightning bugs on the West Coast of the United States don’t. They aren’t equipped with the chemical reactants that cause the familiar glow.

But you’ll see some really interesting fireflies on the Appalachian Trail and even down into Texas. Male Blue Ghost Fireflies fly slowly through the air, their abdomens giving off a bluish green glow. Their females send out pheromones to attract them.

The best show, though, is when there’s a showdown for the females. The lights are brighter and can blink in synchrony. This allows the proper species to find the appropriate mate and gives us a special show.

Another fun bioluminescent insect is the so-called “railroad worm.” In the daytime, this beetle looks a lot like a regular caterpillar. But at night they exhibit two different colors of living light. Their segmented bodies glow green or yellow and look like a series of train cars. But what seals the deal is their bright red glowing heads – the engine or caboose of the train, depending on your perspective.

Interestingly, the compound that causes the reaction in their bodies is luciferin. The same chemical cocktail that gives our friends the fireflies their glow. But instead of mating, the railroad worms use it to ward off potential predators.

Deep in the oceans off the coast of South America lives the velvet belly lantern sharks. Much smaller than their more well-known predator cousins, these tiny sharks live so deep that light barely reaches them. But it’s a good thing it does. In addition to using their bioluminescence to attract potential mates, the creatures also use it as a protection.

When predators come near, the lantern sharks light up their bellies, effectively blending with what little light there is, and making them virtually invisible. Each species has a specific light pattern to help them identify one another.

The Hawaiian Bobtail Squid also uses bioluminescence to foil predators. But unlike our other examples, most of the squid body is “lit up.” And that’s just half of it. The squid itself is not producing the light. When the bobtail squid is born, it “inhales” hundreds of light sensitive bacteria. These bacteria live in symbiosis with the squid. It sleeps all day, coming out at night to forage. The bacteria living inside it activate, allowing it to hide from predators – and the squid can modulate the light based on how much light they see!

In certain parts of the world, beach goers are warned about encountering floating jellyfish in the water. They tend to be almost invisible, floating on the sea. This is not the case with their distant ctenophore cousins, however.

Comb Jellies, unlike our other featured creatures, do not use bioluminescence. Instead, their colorful trial is the result of the way light reflects and refracts off the eight rows of tentacles that they use to navigate. And the good news is they don’t have a sting, poisonous or otherwise.

Regardless of their beauty, there are some creatures that you just do not want inside your home. That’s where we come in. We’ve got 30 years of experience, serving customers fromSarasota to Port Charlotte. We utilize risk-reduced, 100% organic methods to remove pests – insect, rodent or otherwise – from your houses, and keep them out. If you’d like to learn more, or set an appointment for one of our highly-trained technicians to come out to your home, just give us a call!