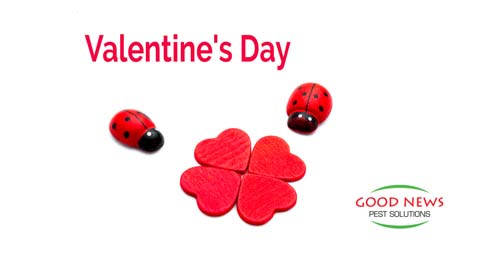 What we do know is the church established the holiday towards the end of the 5th century. They were probably trying to subvert a Roman fertility celebration known as Lupercalia. But even then, it was just one of many feast days. Love didn't come into the picture until the Middle Ages.

And that’s where things get muddy. Bear in mind that the majority of the population was essentially illiterate, and just followed the lead of the nobles and priests who were educated. Also, consider the fact that "Valentine" was a popular name in ancient Rome. The Catholic Church canonized at least three Saint Valentines of that era, all martyred.

Much like King Arthur, there are multiple stories and accounts of famous Valentines. Historians say two in particular that emerged around 500 AD are very similar in details and have been traditionally associated with the holiday. Both healed a child while in prison, leading to a household-wide religious conversion, and both were buried along the same highway after being executed on the same day of the year – which may or may not have been February 14th. Remember the calendar was a lot less consistent back then.

Of course, once romance entered the picture in medieval times, there was a definite shift that was worthy of a Hallmark movie.

Geoffrey Chaucer, best known from oft-painful high school English literature classes as the author of The Canterbury Tales, wrote a poem around 1375 called the "Parliament of Fowls." In it, he shares this line: “For this was on Saint Valentine’s Day, when every bird comes there to choose his mate.”

Suddenly, all the nobles of the day were showing off their reading and writing skills penning tributes to their loves. And martyrs and conversion stories in a time when reformers were starting to plague the church were not very romantic. Instead, stories of priests who performed forbidden marriages in ancient Rome resurfaced. Emperor Claudius II thought single soldiers were better for loyalty, so he killed these Valentines too when he found out what they were up to. But they died for love! Oh, and just for fun – Chaucer was probably talking about a saint’s day in May, not February.

Regardless of the muddled origins of the holiday, the nobles' love letters eventually transformed into the Valentine’s cards we see at the supermarket every February. Contrary to the oft-quoted maxim that the day is invented by greeting card companies, Valentine’s cards weren't created until around 150 years ago.

While it’s not a government holiday anywhere, Valentine’s Day is definitely a publicly celebrated holiday in much of the Western world. It’s one of the biggest date nights all year in America, right after New Year’s Eve. Lovers gift flowers, candy, cards and romance to each other. And these days, school children also exchange handmade or pop culture themed valentines with classmates.

The one thing it’s not about, despite their name, is love bugs. Rather, it seems to coincide with the beginning of birds’ mating season in Europe. But honestly, nobody really knows.

What we do know is that bugs belong outside of our homes. We don’t deal with love bugs here at Good News Pest Solutions, but we have a couple of DIY solutions that might help. For insects and other pests inside your home, our expert staff would be happy to come by. We handle those problems swiftly, efficiently, and as safely as possible. Our Go Green Perimeter Plus treatment evicts most of the creepy crawlies that you’ll encounter and keeps them out. For more information, or to schedule your first appointment, just give us a call!