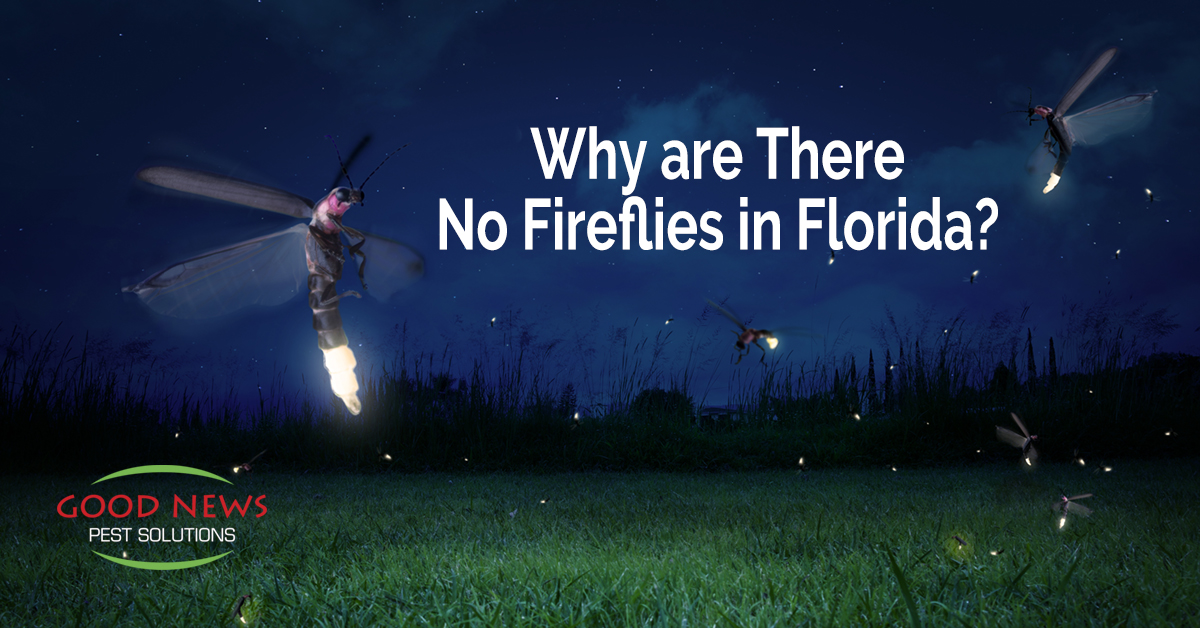 Why are There No Fireflies in Florida?

The latest Marvel movie, Black Widow, begins with a scene set in 1995 that probably looks very familiar to most of us. Two young girls running around woodsy central Ohio, admiring glowing lightning bugs, or fireflies.

If you grew up in the Midwest, or really, in almost any part of the United States, you probably remember catching these creatures. Probably keeping them in a jar with holes in the top. But that experience is starting to become less common in many areas. On the West Coast, fireflies tend to not have as much bioluminescence – they don’t glow as brightly – in part because of their diet.

But firefly populations in general have been dwindling, especially in the Sunshine State.

We have 56 different species of lightning bugs – the most of any state (Georgia is a close second). But fewer and fewer fireflies are born every year. The villain behind their decline? Sadly, just take a look in the mirror.

Lampyridae Beetles use their glowing butts to communicate, send out warnings, and most importantly, as their personal dating, er, mating service. With constantly growing and expanding housing developments, there is a LOT more unnatural light in the sky at night.

The light pollution we cause with our homes, cars, businesses and street lights makes it harder and harder for the fireflies to spot each other. No connection, no mating, and fewer eggs laid. Some species of fireflies stay in their post-hatch larval stage for up to two years, which also impacts the various species’ ability to recover numbers.

Another consequence of our continued building is the removal of their habitat. We have so many species of fireflies because they prefer warm, wet climates. But as we drain the swamps and build up and through the forested sections, there are fewer places for them to meet and procreate.

That’s one of the many reasons the state started funding the Timber Recovery Program and the Resilient Coastlines Program. And why they’re promoting the new Florida Forever program, the largest public land acquisition program of its kind in the U.S.

Many of those acquired lands are the best places to spot fireflies in the Sunshine State. Our Florida State Parks are home to many of the species of fireflies we have here in Florida. Late February to early April is the best time to spot most of them. And a few can be seen late into the summer.

And sometimes you have to be diligent to catch or see them – some of them blink or have long pulses. Some just glow constantly for about a half hour at dusk and then “disappear.” You can create a “firefly oasis” right in your backyard! Click here to learn more from the University of Florida.

One of the other factors affecting firefly mating, as well as damaging other parts of the ecosystem, is the rampant use of pesticides. The state is gradually moving away from the most harmful of these chemicals. But a lot are still used in both urban and rural areas.

Here at Good News Pest Solutions, we remain committed to preserving the environment and stewarding the planet God gave us. So, we have worked for decades to provide the best pest solutions. Green solutions that are safe for your family and pets.

For more than 30 years we’ve been providing great service to our clients, and we’d love to do the same for you. If you’d like to learn more about our programs, or schedule your first Go Green Perimeter Plus treatment, just give us a call!