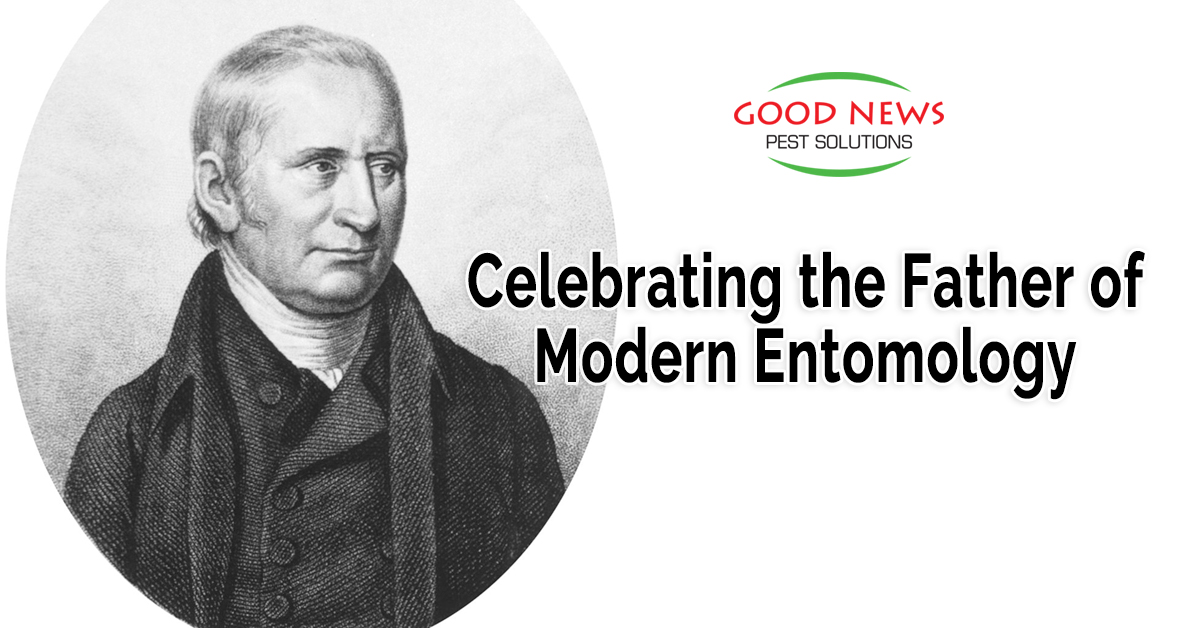 Celebrating the Father of Modern Entomology

It’s hard to imagine someone who’s had more impact on the scientific world than Charles Darwin, author of On the Origin of Species. But more than 25 years prior to Darwin’s science shattering treatise, another book was published that examined the diversity and adaptation of the animal kingdom and came to a different conclusion.

William Kirby looked at the beauty and elegance of that variety, and saw the face of a Creator God.

As we close out July, we would be remiss if we did not pause for a moment to reflect on the anniversary of the death of the father of entomology. William Kirby passed away, at the age of 90, on July 4, 1850. His groundbreaking work into the insect kingdom truly qualifies him as the father of modern entomology.

Unlike the popular misconception we encounter today, Kirby saw no dichotomy in exploring insects and other animals from a scientific perspective while still serving his Heavenly Father. In fact, William Kirby was a minister first, and he saw his study of natural science as an extension of his holy calling and religious duties.

Much like Fr. Gregor Mendel, whose monastery experiments led to the discovery of DNA, Kirby embraced science. In truth, he had been studying insects as a hobby since he was a child. But his work took on new meaning when he connected with Sir James Edward Smith. With Smith’s support, Kirby would found The Natural History Museum at Ipswitch, dedicated to teaching the common man about science.

Along with Smith, William Kirby also served as one of the founding Fellows of the Linnean Society of London. That same Society would, decades later, see Darwin first publicly present his theories of natural selection.

Kirby published his first major work – “Monograph on the Bees of England” in 1802. 13 years later, he followed it with the Introduction to Entomology: or Elements of the Natural History of Insects, V1. Over the next 11 years, he and fellow entomologist William Spence would publish three additional volumes. In the process, they created the first popular entomological work in English.

Even though it’s been more than 170 years since Kirby’s death, his impact is still felt by every student of entomology, regardless of their faith. But the significance of his Christian faith on his systematic study of insects cannot be denied.

If it weren’t for Kirby laying the groundwork many years ago, we would not have the insect knowledge we do now. Further, we would not know how to not only treat pesky insects, but protect the most important ones.

For more than 30 years, Good News Pest Solutions has utilized the most effective pest solutions. That means striving for win-win situations whenever possible, utilizing potent, organic solutions that are still safe for your family and pets. Sometimes that also means protecting bugs like mosquitoes that serve a purpose in our ecosystem – but rendering them less annoying.

If you’d like to learn more about our tried and true methods, or schedule your first appointment to start protecting your home, backyard or business, just give us a call!