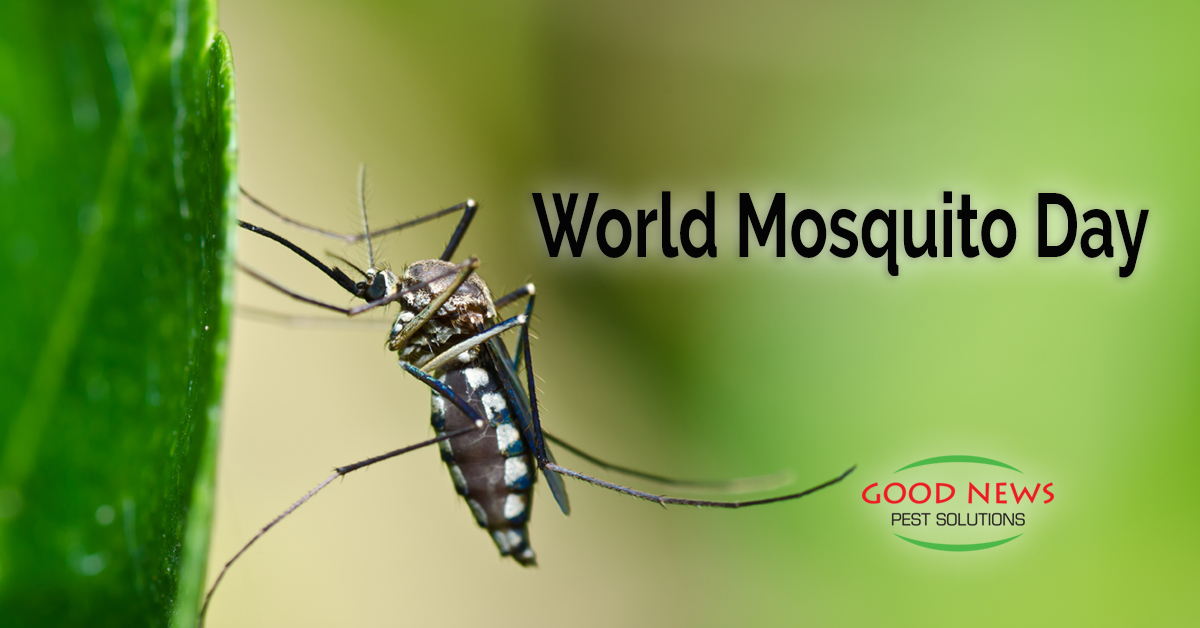 Yes, we know… Here on the Gulf Coast of Florida it seems like every day is a mosquito day. Why do we need a holiday for it?

There’s actually a really good reason for it!

On August 20, 1897, Dr. Sir Ronald Ross uncovered the link between mosquitoes and the transmission of malaria. He was later awarded the Nobel Peace Prize in Physiology & Medicine for the discovery. Shortly after he won the prestigious award, he publicly declared that the day should be commemorated – as a way to raise awareness of malaria.

In the 1930’s, the London School of Hygiene and Tropical Medicine decided to make a big deal out of it. Every year, they host parties and show exhibitions to entertain and to inform people.

Even though it’s less common now than the early 1900’s, about 1500 cases of malaria pop up in the United States every year. But malaria is not the only disease that mosquitoes regularly help spread.

You might remember hundreds of people chanting at some major sporting events in Brazil in 2016. While it has somewhat dropped off our radar, the Zika virus is still a concern in our world.

In fact, mosquitoes rank as the deadliest animal in the world, responsible for between one and two million deaths every year.

The CDC has guidelines to prevent being bitten by or attracting mosquitoes.

As we often mention, mosquitoes do have a place and purpose in our world. They are the second largest pollinator on the planet after bees. So, we can’t just eliminate them without causing some dire consequences.

But we do have a way to adapt our mosquito populations so they still do good work, but don’t bite and spread disease. Our exclusive No Bite Zones Mosquito Protection Program actually turns biting momma mosquitoes into vegans! Instead of feeding their babies with our blood, they live off of the land, and pass that trait down to their babies as well.

There may come a day when World Mosquito Day is less about preventing malaria, encephalitis, and zika, and more about celebrating all the good mosquitoes do. But until then, we can all do our part. It’s easy to add our Mosquito Protection Program to your property. In fact, we can even drop it off on our next visit to your area! Celebrate World Mosquito Day today! For more information or to order your supplies, just give us a call!