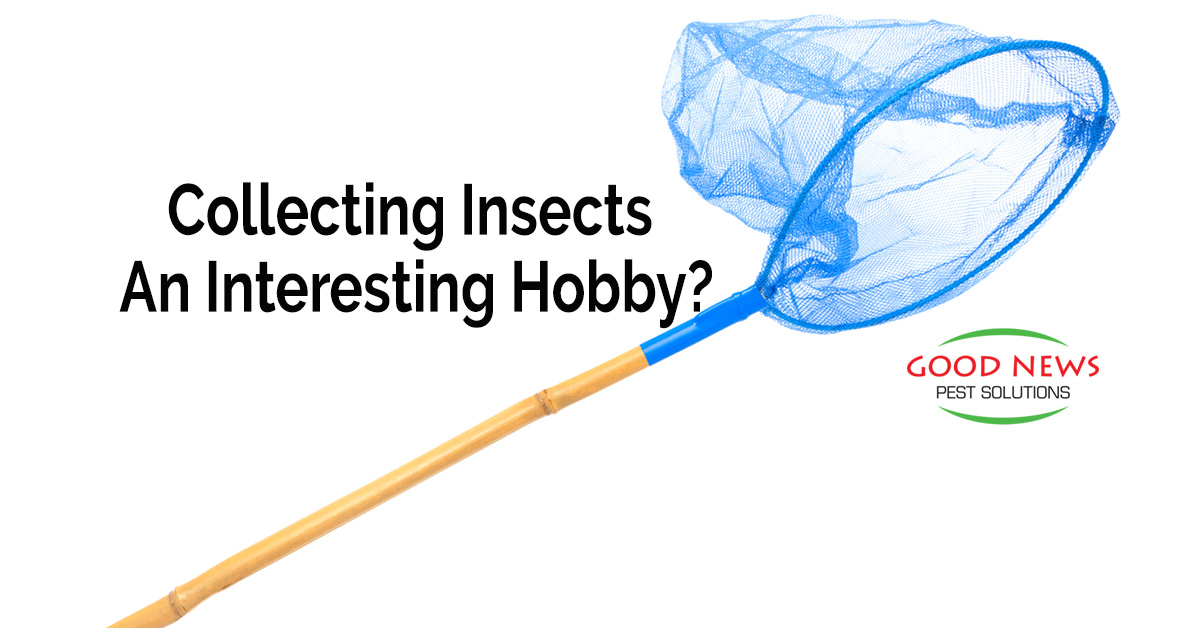 We talk a lot about the diversity in creation and the interesting things we discover about insects. We’re always learning more about and from them. A lot of times, those articles come about because of scientific studies and research. But it might surprise you to know that a lot of that research is accomplished thanks to amateur entomologists.

Scientists are often out and about exploring the environment and looking for new samples of existing and potentially new species. It’s estimated that we’ve discovered and cataloged some 1.2 million insect species. Which sounds like a lot, right? But researchers estimate that there are between four and nine million species still undiscovered!

As we mentioned earlier, many of these species were first captured – dead or alive – by insect-collecting hobbyists. These are average, ordinary people who have jobs, families and lives. But instead of watching Netflix or playing video games, they are out in the fields and forests, gathering and preserving our variegated insect life. Not just when the fireflies are out and about.

Having an obsession with finding and keeping insect samples seems unusual to us now, but only because it’s out of style in most parts of the world. In the 1800’s, insect collecting was a very popular and educational activity. It appears in many books and songs of that period. Japanese parents often raise their children to gather bugs. In fact, that’s what inspired the game Pokémon Go!

Often it starts with a butterfly collection. Or just seeing the diversity in the insect world. But it can become a rewarding hobby that collectors often share with their families.

Let’s face it, most of us have a couple of reactions to insects – often disgust or fear. But instead of being afraid or suspicious of insects, these amateur entomologists are helping us understand the insects, our environment, and even ourselves.

If you’d like to become one of these volunteer insectologists, it’s easy to get started. First decide if you want to focus on aerial insects or more water-based bugs. Funnel nets, often referred to as Butterfly nets and sweep nets are the best tools for in-air or on-land collection of insects.

Use an aquatic net, similar to the scoop in your aquarium, to collect bugs that live in the water.

An aspirator – a small bottle with two hoses inserted through the stopper in the top, can draw small insects into a small bottle.

You can also seek out nocturnal insects like moths with a light trap. String a sheet between two poles and position a blacklight, mercury-vapor, or ultraviolet light to reflect on it.

Once the insects are captured, kill them humanely with rubbing alcohol or freezing.

Then you can mount them and preserve your collection, or send the most interesting specimens to programs such as the one at the University of Florida. Many samples may be evidence that what is believed to be a single species actually has more diversity.

And if you or your kids ever lose interest in your collection – or you find your grandparent’s collection in an attic or garage – you can always donate them to a museum. A quick Google search can locate the best facility near you.

Here at Good News Pest Solutions, we don’t just eliminate pests. Just like our hobbyist friends, we will sometimes take advantage of the UF Insect Identification Service if we find something unusual. We never want to get rid of insects that are helpful to our environment and ecosystem.

We do however, handle all of the most obnoxious insects we find here on the Gulf Coast of Florida. If you have ants, roaches, termites or fleas, we’re ready to help out. In fact, our Go Green Perimeter Plus program handles all of those pesky insects and more – all for a reasonable fee. If you’d like more information, or to schedule your first appointment with one of our expert technicians, just give us a call!