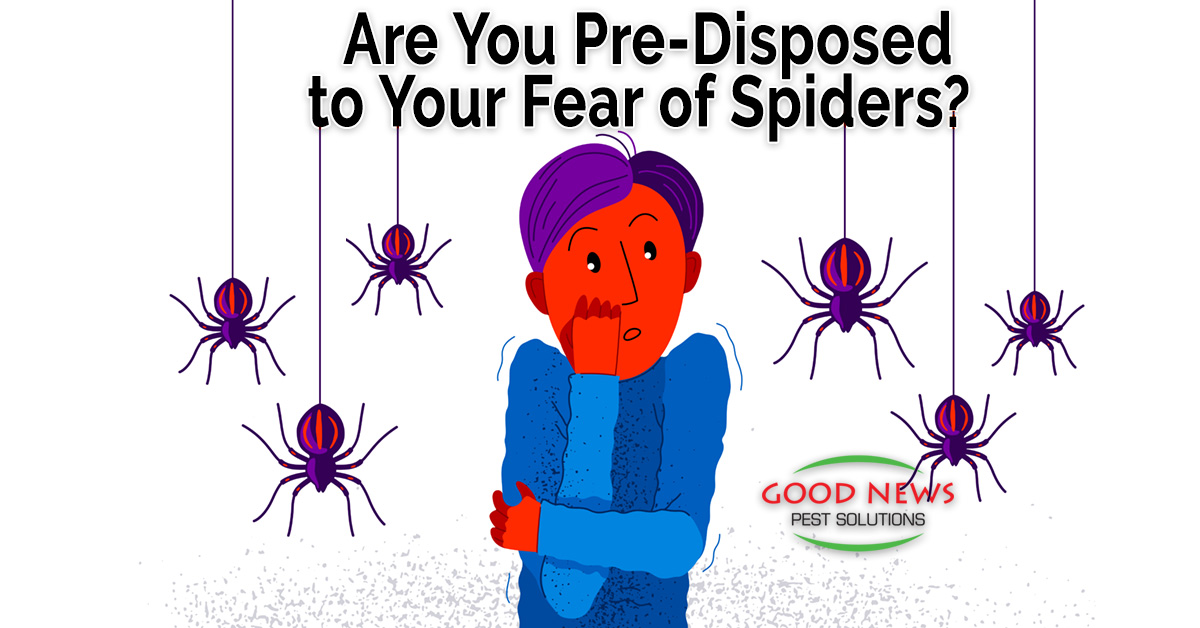 Are You Pre-Disposed to Your Fear of Spiders?

As we dive deeper into our month-long study of spiders, it makes sense to take a quick look as to why these particular arachnids are the source of fear.

As we noted earlier this month, the connection between spiders and other scarier elements of Halloween is rather recent compared to the age of the earth and evolutionary patterns. We’ve also examined in the past how scorpions are often much more of a threat than spiders, yet have a less troublesome reputation.

So why do we fear spiders so much? Apparently that’s a harder question to answer than we thought. It comes down to the age old argument of nature vs nurture.

Back in 2014, several studies were done by researchers to determine if humans were genetically predisposed to arachnophobia. Turns out the answer is… Maybe?

Scientists started with the idea that we might have developed a healthy fear of spiders as a result of our ancestors’ experiences with deadly species across Africa. Here in the United States we have but a few dangerous spiders, yet our forefathers would have faced a lot more scary, virulently venomous options.

Add to that spiders’ small size and quick motions and it’s not hard to guess that perhaps natural selection slipped a fear of spiders into our genetic soup. Even if a spider bite wasn’t directly deadly, being incapacitated by such a bite could leave a person helpless to defend against other dangers.

But as another study pointed out, only about five percent of the population is truly arachnophobic. While many of us deal with a mild fear of or distaste for spiders, there’s no evidence to suggest that evolution may have reversed itself over time. So, scientific analysis leaves us with an indeterminate answer.

Fear Can Be Learned

On the other hand, psychologists say that many people’s fear of spiders may be a result of direct contact with spiders – even if the person was too young to remember the interaction. Studies from the 1990’s found that women are much more predisposed to fear of spiders and some 70% or more people have some level of arachnophobia.

But those same researchers pointed out that parents who themselves fear spiders can pass that fear on to their children. And with the proliferation of media, we learn to fear spiders more easily than ever before. Children don’t have to witness their parent’s adverse reactions. They can see it in TV shows or movies.

Ultimately, there is no definite answer as to whether we learn a fear of spiders or have it inborn. It’s probably a little of both, to be honest. But there’s one interesting thing the researchers did find. Apparently, exposure to mere images of spiders – not the arachnids themselves – can lead to less fear.

So, reading these articles and seeing the pictures are actually helping to reduce how scary you find spiders. Good News Pest Solutions at your service!

Unfortunately, looking at pictures of roaches, ants, and termites won’t eliminate them from your home. For that you need an expert. We’re happy to help. Start with our Go Green Perimeter Plus solution to deal with the most common pests. Then consider adding world class termite protection with our Term Assure 365. Total, safe home protection for an affordable price. For more details, just give us a call!