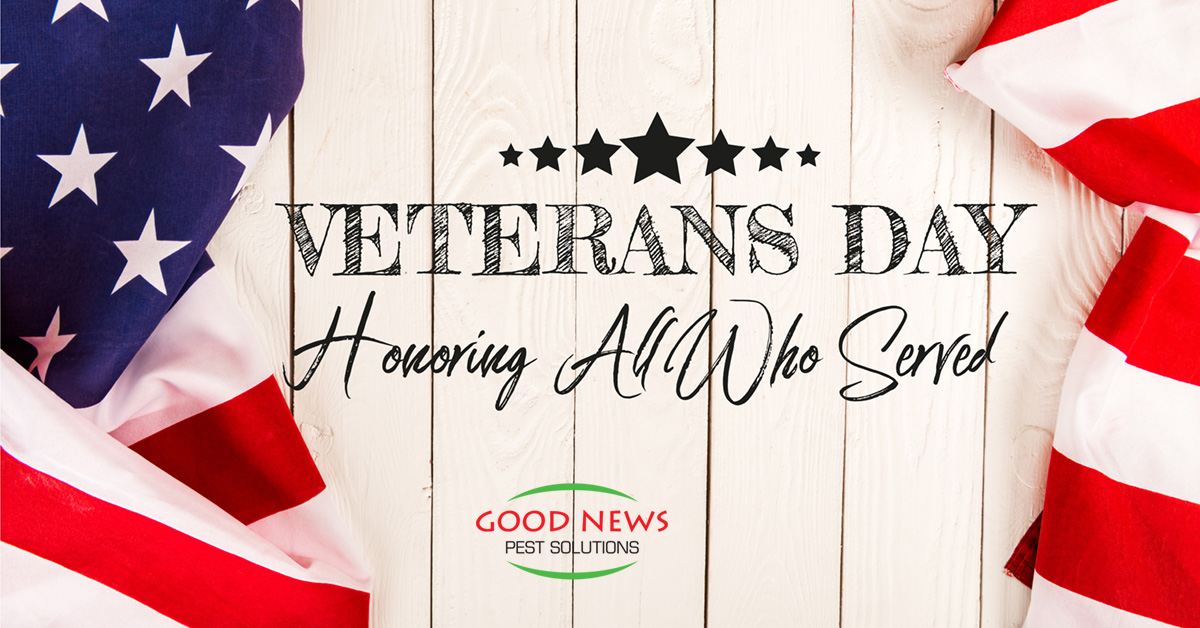 “…the eleventh hour of the eleventh day of the eleventh month… Victory had come after all the hazards and heartbreaks… After fifty-two months of making burdens grievous to be borne and binding them on men’s backs, at last, all at once, suddenly and everywhere the burdens were cast down.” ~ Sir Winston Churchill

On November 11, 1918, at 11am, The War to End All Wars unofficially ended with Germany signing an armistice. While technically a temporary truce, many considered the day to be the “true” ending of the war, and it would go on in 1938 to become an official federal holiday – Armistice Day. November 11 every year would be set aside to remember those World War I veterans.

Unfortunately, despite the ‘hopeful’ name, 1918 did not mark the end of all wars. And in 1954, after the devastating years of World War II and the Korean conflict, Congress redefined Armistice Day as Veterans Day – honoring all veterans of war – alive and dead.

Weirdly, for most of the 1970’s, the date of Veterans Day shifted to October. In an attempt to make things easier as well as bolster the economy, the United States government created four 3-day weekends. These coincided with President’s Day, Memorial Day, Veterans Day, and Columbus Day. Given the historical significance of the eleventh hour, eleventh day, eleventh month, it’s no surprise that many citizens pushed back. And in 1978, we returned to celebrating our Veterans on November 11, regardless of what day of the week the date fell on.

Made Free to Serve

It bears repeating because of the annual confusion that Veterans Day is to commemorate the service of ALL Veterans – alive and dead. While Memorial Day, in May, is set aside specifically for those who lost their lives in battle. It also goes all the way back to the Civil War.

Great Britain, Canada and Australia also honor Veterans in November. For subjects of the crown, it is known as Remembrance Day and dead soldiers are commemorated by wearing red poppies. In the United Kingdom, there are two minutes of silence on the Sunday closest to November 11 to honor the fallen soldiers.

Tampa Bay and Charlotte County had their annual Veterans Day events last weekend. After cancelling last year, Downtown Sarasota will again be closed Thursday morning for their parade. And businesses around St. Armand’s Circle will be offering discounts and special small events as part of their Veterans Appreciation Day.

Good News Pest Solutions is proud to honor our Veterans including several of our employees. We hope you take the day to enjoy a BBQ, check out a parade, or just relax. And most importantly, we ask you to take a moment to thank the men and women you know who have served in the military, past and present. Without their service to our fine country, we would be less safe, secure and free.