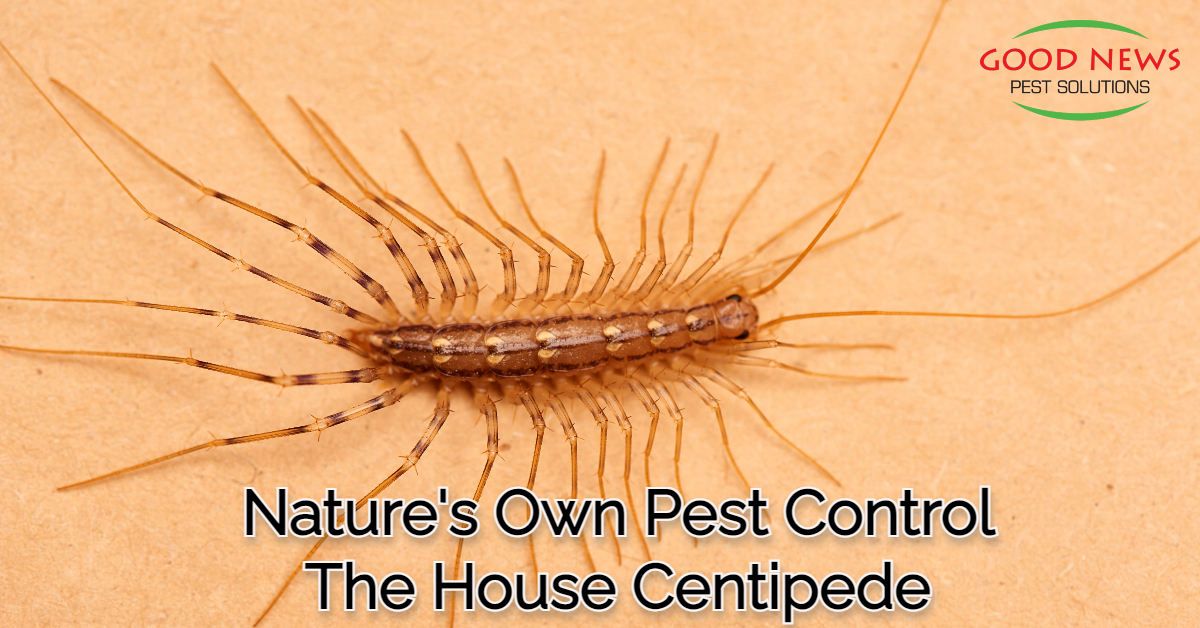 I’ll bet this has probably happened to you once or twice. You get up in the middle of the night and wander into the bathroom and catch a sudden movement out of the corner of your eye. When you flick on the lights there’s nothing to be seen, but you know you saw something. It wasn’t a prowler, an alien or any typical home invader. You’ve just caught a glimpse of a house centipede.

Even though house centipedes sneak into many homes, unless they get stuck on an incline – like in the bottom of a tub or sink, we don’t get a great look at them. They can grow to an inch long but scurry along at sixteen inches per second – which is more or less the same as you or I running 42 miles per hour. They move so fast to keep up with their prey, which are not humans.

These arthropods have a distinctive starburst shape with three dark stripes running down the top of their bodies. Unlike their name, house centipedes only have fifteen pairs of feet – or 30 total. They start with 8 and grow the others as they get bigger. And because they don’t need all of their legs to move around, they’ve repurposed them. Some of the forward legs are barbed and the creature uses them like a rope. You haven’t lived until you’ve seen a centipede lasso a cockroach with their forward legs.

And that’s the real reason we’re talking about house centipedes this week – because they are one of God’s natural pest controllers. House centipedes hunt and eat roaches, moths, flies, bed bugs, silverfish, and termites. If they weren’t so creepy, we’d be out of a job!

The nice thing is, once they’ve eliminated their insect food source, house centipedes move out – back into nature where they prefer to live – especially with our subtropical weather.

If you’re not lucky enough to have house centipedes to take care of your pest problems, you’ll want to check out our Go Green Perimeter Plus. It’s our most popular solution because it takes care of all of the most prevalent creepy crawlies on the Gulf Coast of Florida. It’s affordable and safe for the whole family – even the four-legged ones. For more details, or to schedule your first appointment, just give us a call!

Tags: centipede
« Back to Blog