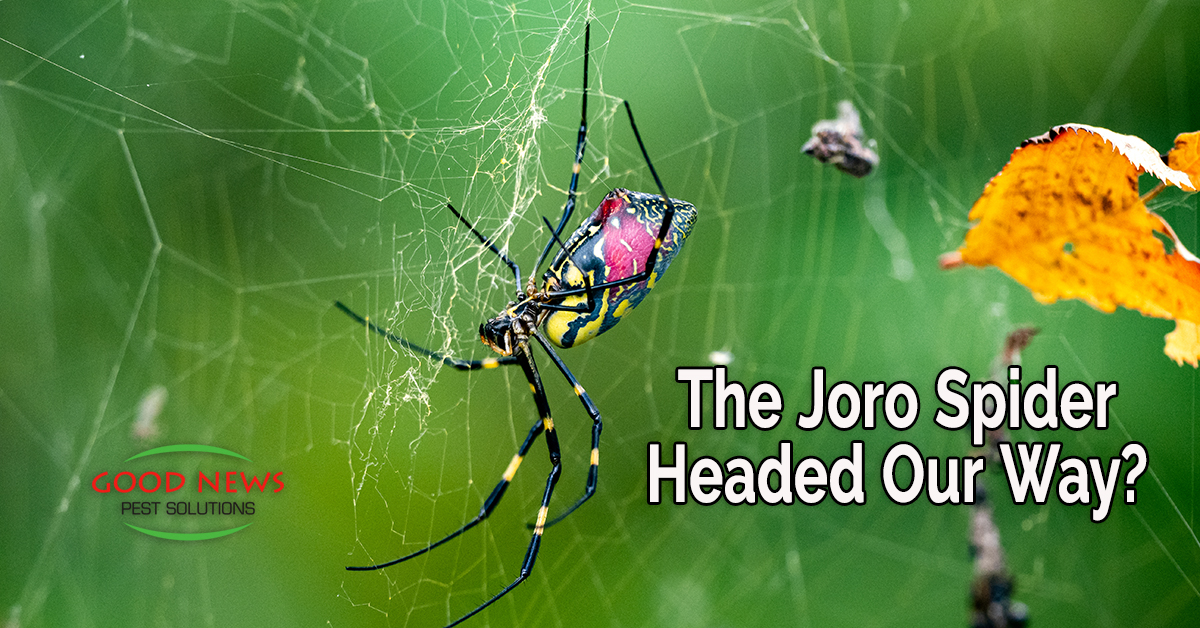 The Joro Spider - Headed Our Way?

If you’re one of the many folks who get totally creeped out by spiders, well, we’re sorry. This isn’t going to be a fun read for you. There is a relatively new spider that has come to our shores, and after overtaking much of Georgia, experts expect the Joro spider to spread to most of the continental United States. Yes, including the Gulf shores of Florida.

Even places like Minnesota, South Dakota, and Wisconsin that typically get too cold for most arachnids to survive without hibernating are fair game for this spider. An unusually high metabolism and heart rate combine to help the creatures survive better and longer in cooler temperatures.

Trichonephila clavata showed up in the United States sometime in 2013 or early 2014, presumably in a shipping container from Japan. The spiders originate there but have also spread to Korea, Taiwan, and China. Once they got to America, biology took over. Newborn hatchlings jet off in web parachutes that can travel up to 100 miles.

The palm-sized spider is a close relative to the Tiger spider seen in Australia and the golden silk spider – but with double the metabolism.

All three species are orb weavers, so named for their intricate, highly organized, wheel shaped webs that stretch between trees and bushes. The Joro spider can reach up to three inches across from leg to leg and females have blue, yellow, and red markings.

Their common name comes from Japanese lore – the spider spirit Jorōgumo disguises itself as a beautiful woman to prey on men. Thankfully, the spider has no such designs on harming us. They don’t bite except when cornered and defending themselves. And even then their fangs are too small to penetrate human skin.

It’s probably not pleasant to walk into a Joro spider’s thin, slightly sparkly webs, but other than being an annoyance they do not impact our ecosystem negatively. In fact, they probably help cut down on mosquitoes and provide dinner for birds according to researchers.

Until you get an excess of Joro spiders – or if they creep you out, there are other ways of dealing with mosquitoes. Our Good News Pest Solutions Mosquito Protection Program creates “No Bite Zones” in your yard, transforming biting mosquitoes and their babies into vegans. As our rainy season approaches, we’re happy to deliver our exclusive Mosquito Paqs as a regular monthly service. Just give us a call!