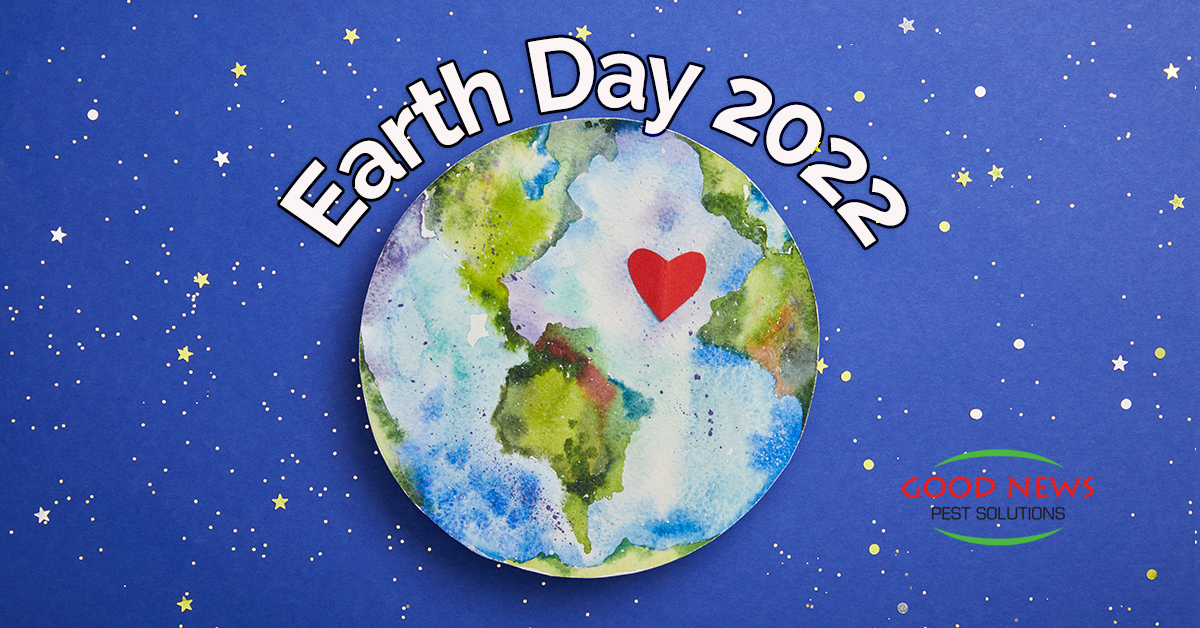 For the past 52 years, environmentalists, scientists, conservationists, and average everyday people of all ages have gathered on April 22 in celebration of Earth Day! Although it seems incredible to think about it now, in 1970 when Earth Day first launched there were very few laws protecting the natural wonders of God’s creation.

On that very first Earth Day, miraculously, an estimated 22-million people across all 50 states rallied to protest environmental issues and support the passing of the National Environmental Policy Act of 1969. And the monumental confluence of people happened with no cell phones, no Facebook, not even the Internet. By December of 1970, the federal government had created the Environmental Protection Agency (EPA).

Two years later, the Clean Water Act was passed, restricting pollution to make rivers swimmable and fishable again. Several marine sanctuaries opened up, including the mangroves around the Florida Keys and the Steamboat Lumps area of the Gulf just north of Tampa. Marine mammals were also protected, leading to the expansion of what would become Mote Marine Labs.

More than 49 distinct accomplishments in conservation, environmental care, and preservation of God’s creation have come about as a direct result of Earth Day.

Stewardship of the People

But Earth Day quickly evolved past protests and government legislation. It took on a life of its own once people across the US – and eventually most of the planet – took responsibility for doing their part. There’s an old adage that you can’t legislate morality. Laws are definitely needed for governing large corporations that require regulations.

But while it was a legislator that “invented” Earth Day, the people themselves are the ones who took ownership. In the years following the initial protests and rallies, people continued to meet. They brought family and friends, garbage bags and trowels, seeds and pond skimmers.

Now, every year on Earth Day, groups gather in just about every city on earth, collecting litter, cleaning up the streets, the beaches and the alleyways. They clear debris away from walls and sidewalks, planting flowers, seeds, and trees. They troll the waterways, gathering up loose trash and plastic from the water. Some even seed ponds with young new fish for future generations.

More recently, Earth Day has become a time to highlight recycling efforts, composting, sustainable fashion and food packaging, and to push for better education on how our ecosystem works and how plants and even the tiniest insect has a place, keeping us all in balance.

It’s believed that around 1 billion people in 193 countries take part in Earth Day. And in case you aren’t looking too closely at the calendar, April 22nd, Earth Day, is tomorrow!

In fact, some of our local Gulf Coast of Florida groups are making it Earth Day Weekend with events including beach cleanups, an Earth Day Extravaganza – an outdoor “trade” show with sustainable vendors, exhibits, live music, and a whole fleet of electric vehicles at Southface Sarasota. Oscar Scherer State Park will have a photography contest and several special tours of the denizens of the park. Several of our local libraries from Charlotte County on North are having special afternoon events as well, some with cleanup, some with planting.

One really cool event we’ve learned about is being put on by the American Chemical Society - Chemists Celebrate Earth Week! It actually started this past Saturday and the theme this year is “The Buzz About Bugs: Insect Chemistry.” Their website has all sorts of downloadable resources for parents or teachers to get younger minds integrated with Earth Day and learn about the chemistry of insects.

Even though Good News Pest Solutions didn’t exist for several years after the “birth” of Earth Day, it’s had a huge impact on our business. As you know, we take the stewardship of God’s earth very seriously, and for years have used sustainable, green and as organic as possible pest control solutions.

One of the earliest changes, thanks to Earth Day and the EPA, was the banning of the harmful chemical DDT to kill mosquitoes. That same year, they updated a 60 year old law that forced better regulation of other harmful chemical pesticides. Those laws forced companies to start working on the better solutions we’re now able to offer you every day – including our exclusive Mosquito Protection Program that turns them into vegans instead of killing them off.

We love Earth Day and will be doing our part – we hope you will too! For more information on how we protect families, pets and the planet while we treat for pests, give us a call!