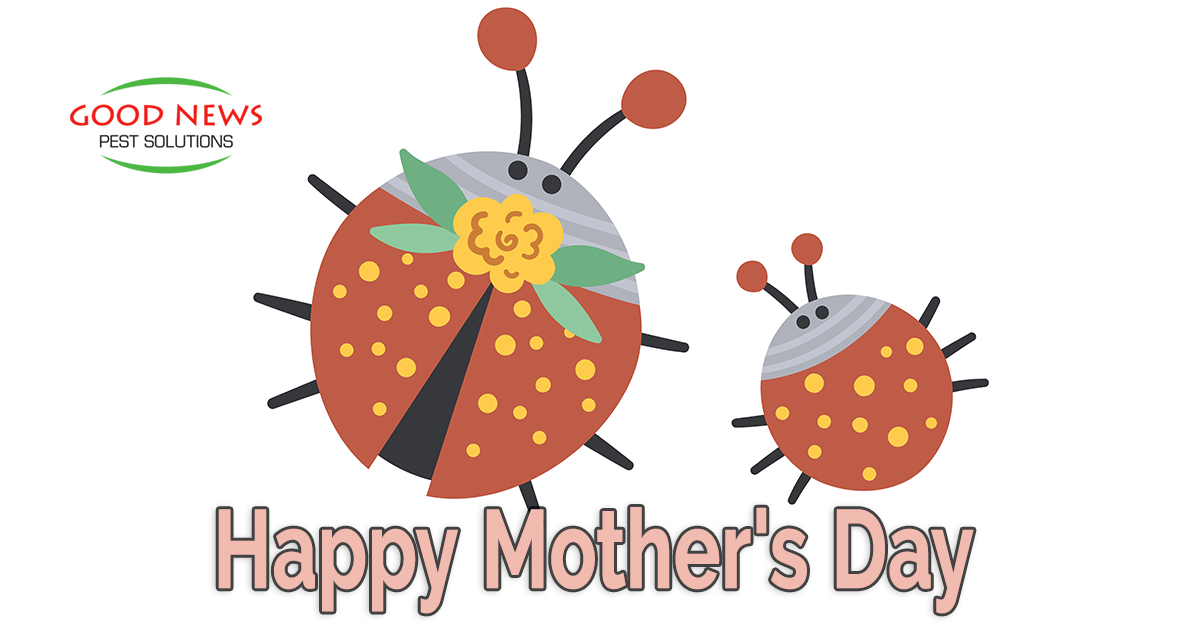 This coming Sunday is Mother’s Day - the annual celebration of mothers across the world that happens on the second Sunday in May.

The holiday was birthed in 1908 at Andrews Methodists Episcopal Church in Grafton, West Virginia. President Woodrow Wilson made it official for the United States in 1914 and the celebration quickly spread, first in English speaking nations after The Great War, and eventually to more than 50 countries around the world.

People express their appreciation for the mother figures in their lives with handwritten notes, flowers, dinner, and greeting cards.

The Bible teaches us to honor our mothers and mothers are known for their self-sacrificial love, resourcefulness, and dedication. But did you know there are several insect mothers that exhibit those same qualities?

While we usually call them stink bugs, pentatomids are known as Shield Bugs across the pond. Elasmucha grisea mothers will stand fast, defending their clutch of eggs from predators. They will even take on an aggressive stance tilting their bodies towards potential raiders until their babies hatch.

We often joke about how the female Praying Mantis eats her mate shortly after mating. But it’s for a very practical reason. When food supplies are scarce, the new momma mantis’ eat their “husbands” so they and their eggs can survive. After they hatch, the mothers protect the new babies with their lives, ushering them into a safe, defensible place so that any predator looking for a snack will have to go through her pinchers first.

Gargaphia are even more aggressive. Mothering Lace Bugs will rush at potential predators seemingly attacking them. They batter and flap their wings as a distraction so that the little Lace Bugs can run away. More often than not, this mother gives her life for her offspring.

As the saying goes, it takes a village. In the Anthophila world, the mother births that village. The Queen bee lays all the eggs, then uses drones from previous birthing sessions to care for the young bees and wasps as they hatch. The whole hive works together to care for the young as well as the queen. And the queens make sure their successors are taken care of – feeding potential new queens with nearly twice as much nectar until one of them is chosen and has to fight the others to the death.

Yes, as disgusting and gross as these insects are, they do make good mothers. In fact, the reason they’re so much trouble once they’re in your house is because they’re such good mothers. After laying her eggs, a roach momma creates a protective casing called ootheca that she carries the eggs around in until she finds the perfect hiding spot to keep them safe until they hatch.

Of course, those perfect roach egg hiding spots are often in the last place we want them – our homes and pantries. So why not get your mother something practical for Mother’s Day this year? Our Go Green Perimeter Plus is affordable, safe, and defends your home year round from the most popular creepy crawlies we see on the Gulf Coast of Florida. For more details, our highly trained staff is always on the ready to take your call!

Oh, and word to the wise – get Mom the flowers and greeting card too. Happy Mother’s Day to all of you who have so selflessly taken on that role!