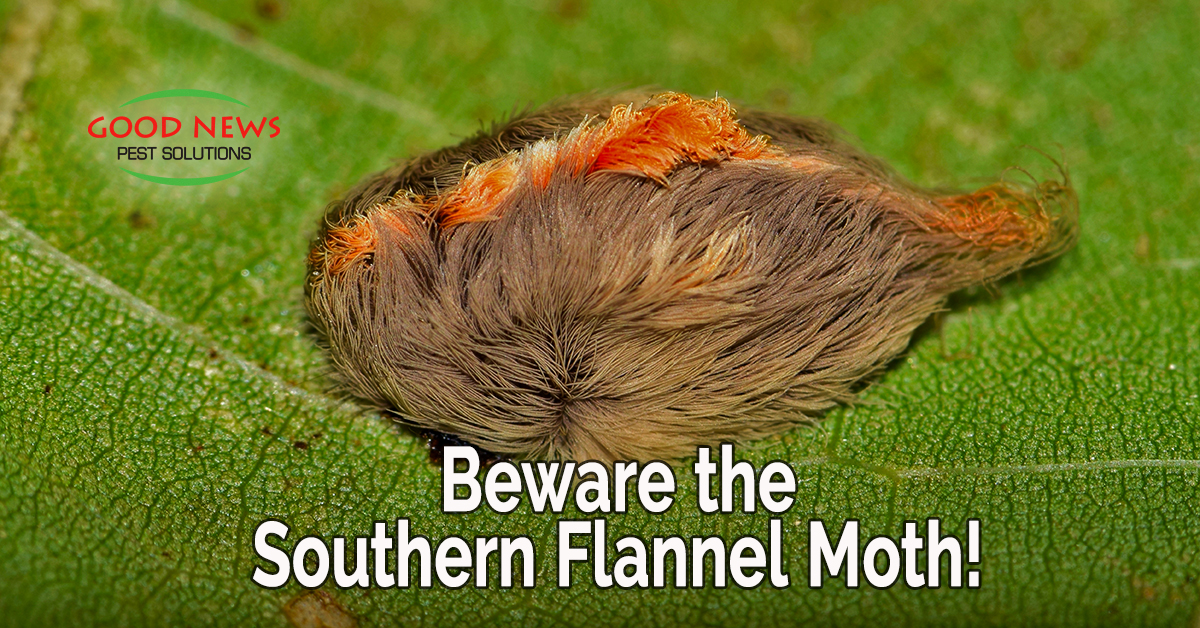 They’re soft, furry, and resemble a miniature Persian cat. These caterpillars’ “fur” varies from grayish white to a golden light brown with streaks of bright orange – again, looking very much like a cat. They’re so adorable it’s almost impossible not to want to carefully pet them. But don’t.

The larva of the Southern Flannel Moth that we’ve just described is one of the most poisonous insects you can ever encounter. The “puss” or “asp” caterpillar’s fur is actually made up of hundreds of setae – poisonous spiny bristles that the insect uses as a defense mechanism.

Just one prick can cause a deep aching pain, similar to a snake bite, that feels like it goes all the way to your bones. The older the caterpillar, the more potent its poison is. The pain begins within moments then increases exponentially, spreading throughout the whole limb or affected area. Eventually, if left untreated, the whole body would become numb and start shutting down.

While the caterpillars that later become the Southern Flannel Moth are present all across the South, including the Sunshine State, they tend to be most prevalent in Texas, south of Dallas. In fact, there have been several instances over the years where the larvae were so populous in Southern Texas that entire school districts shut down.

The moths themselves – which are not poisonous – usually take flight from spring until late summer or early fall. That means the puss caterpillars show up after that – usually the largest group pops up in the fall, right as school is starting. But anytime you see the moths – named because their soft bodies resemble flannel clothing – there’s a good chance the caterpillars are crawling around the bushes and trees nearby, so be on the lookout.

The moths tend to lay their eggs on trees that provide sustenance for the soon to be born larvae. Oaks, pecan, elm, and hackberry are their favorites but any tree will do. Again, the flannel moths themselves are not poisonous – once they enter their cocoon you’re safe.

If you happen to touch a puss or asp caterpillar – and believe us, you’ll know it – seek medical attention immediately. Since the poison is transmitted through the furry barbs, use a piece of scotch tape or tweezers to draw them out of your skin. Ibuprofen and ice compresses help once the barbs are removed. See a doctor or go to the Emergency Room, especially if you suffer from allergies or have underlying health conditions as your reaction may be more extreme.

As far as eliminating the caterpillars from your yard – you’ll just have to be careful. Watch for signs like the adult moths flying about and be wary.

For the other summer insects that tend to invade your home and yard, we recommend our Go Green Perimeter Plus solution. It’s affordable, effective, year round treatment for ants, cockroaches, spiders, silverfish and more. We don’t use harsh chemicals – this solution is all-natural and safe for your family and pets. For more details or to schedule your first visit, just give us a call!