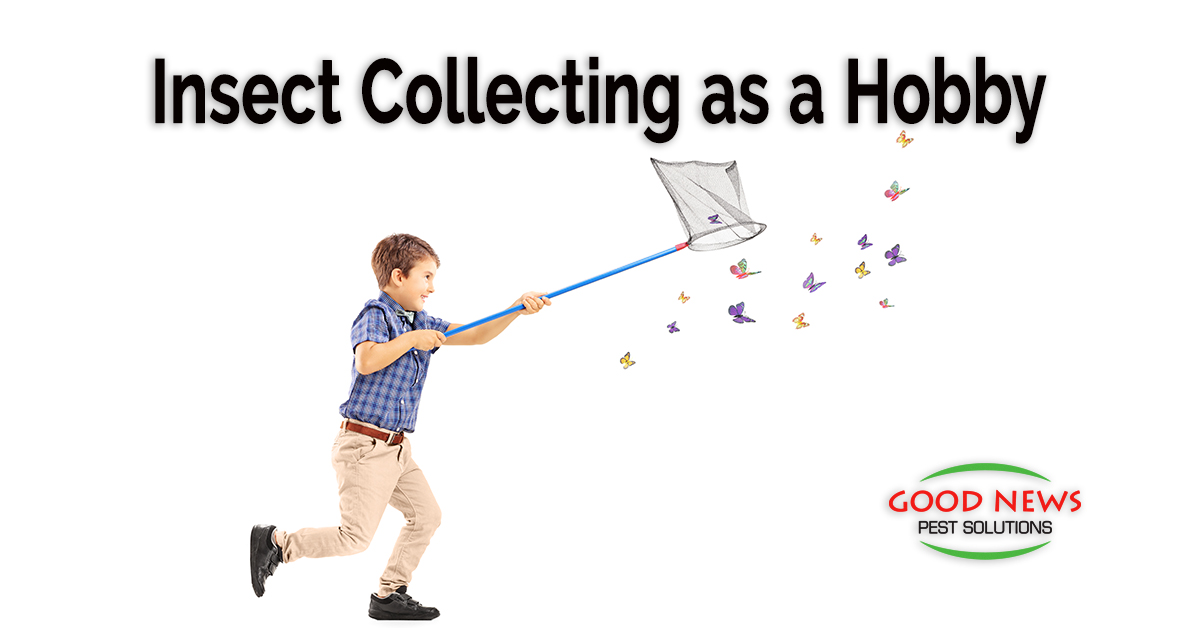 Insect Collecting as a Hobby

Summertime often means having a little bit more free time. This certainly holds true for kids, but also for many adults who may engage in a staycation or take an extra day or two off from work during slower summer months. One activity that becomes especially popular during this time of year is collecting insects. With the right preparation you can even turn this summer exercise into a rewarding and educational year-round hobby.

There are several ways to get into insect collecting. It can be as simple as catching fireflies in a jar or butterflies in a net or as involved as scientific research or beekeeping. You can do a catch and release program or start putting together specimen display boards. But most of all, you’ll want to have fun or find purpose with the exercise. Outside of required school assignments, enjoyment of a hobby is key.

Aside from the obvious suspects flying or floating around you, it’s fun to look for bugs in more natural environments, like under rocks, boards and tree limbs. Leaves, both alive and fallen to the ground, are a great place to find active insects going about their day. A lot of people don’t consider aquatic insects, but if you have a body of water near you, it has a rich insect ecosystem too.

Depending on what insects you want to focus on and how best to capture and preserve them, you’ll need some tools of the trade – starting with your eyes and hands.

Insect Nets – these can be your typical butterfly nets or fine mesh nets meant for sweeping through dense vegetation. Be careful not to harm the bugs or release them before you have time to study. A simple flick of the wrist is enough to snap the wide end of a net closed to prevent escapes. If you’re exploring underwater insects an aquatic mesh net is a must.

A Killing Jar – obviously, this is a tool used for long term collecting and study. Simple enough, you take a jar or bottle, fill the base with a layer of Plaster of Paris (or a few cotton balls), and when you’re ready to catch and kill an insect, you add a few drops of ethyl acetate, or acetone – nail polish remover – on the plaster. That creates a toxic vapor that kills the bugs when they’re dropped in.

Beating Sheet – this is a must for collecting insects from leaves and trees. The beating sheet is a piece of sturdy canvas, usually stretched on a wood or metal frame, which is then laid under the collection area. The beating part comes in now – you strike the vegetation and the bugs drop off onto the canvas frame, allowing you to capture or study them.

Pitfall Traps – these are great for capturing crawling insects. You take a plastic bowl (with mom’s permission, kids) and bury it so that the rim is at surface level. Add some water to cover the bottom and add one drop of dishwashing liquid to the water. As the bugs crawl over the bowl’s edge they fall into it and can’t crawl out.

Funnel Traps – these can be a single long funnel or a series of funnels (which appear to be a tree to some insects), culminating in a collector jar. A Lindgren funnel trap is long with ethanol or propylene glycol to trap beetles. A Tullgren funnel is shorter, covered with mesh and some soil, and has a bright light at the top. It draws in insects trying to avoid the light by burrowing down.

Who Knows What You’ll Find!

Of course, the most important tool you’ll need is a sense of curiosity. Capturing and studying bugs gives us a better understanding of them and their environment (which is often also our environment).

Casual collectors can easily turn into serious hobbyists and may find they want to pursue a career as an entomologist (even later in life). Or it may lead to success in another field like video game design. You never know what the future may hold as long as you stay curious and pay attention.

Here at Good News Pest Solutions, we pay attention to all the insects most folks would like to ignore until it’s too late, like cockroaches, mosquitoes, ants, and the dreaded termite. Sooner or later, every home on the Gulf Coast of Florida will deal with termites. The key is to be prepared. Our Term Assure 365 keeps your property termite free, and offers a $1 million warranty against damage. It layers right on top of our Go Green Perimeter Plus solution, ensuring your home is pest free year round. For more details, just give us a call!