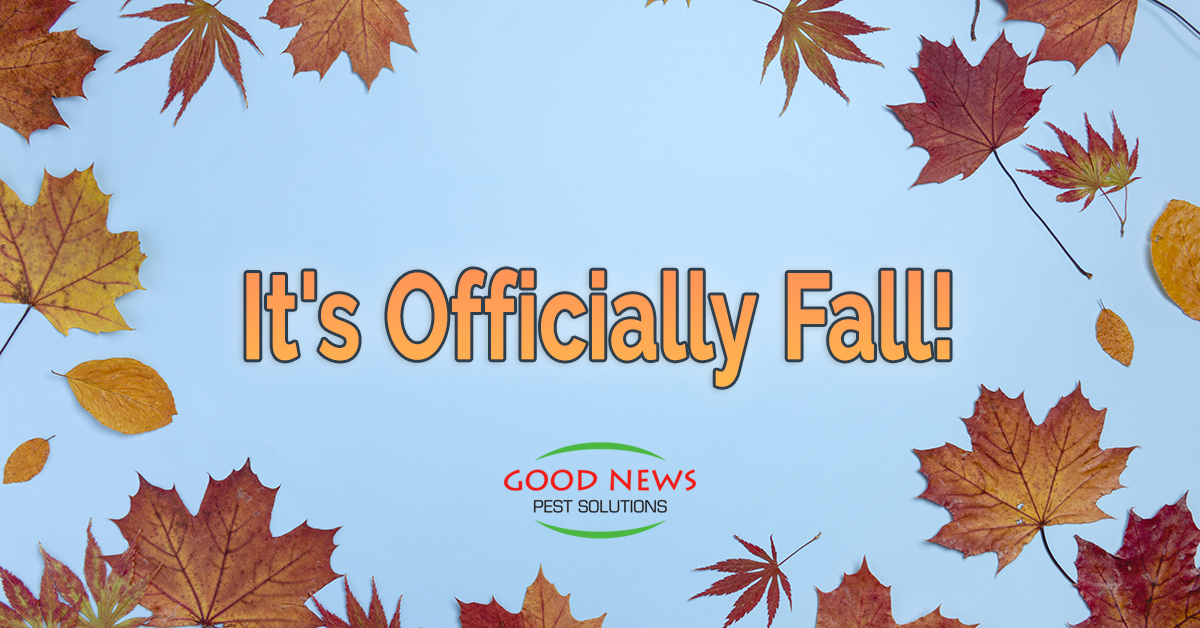 Okay, yes, we’re going by the calendar not by the weather - which feels hotter than ever - or the changing leaves, which we don’t see a whole lot of on the Gulf Coast of Florida.

But still, according to the Farmer’s Almanac and the calendar on our wall, today, September 22nd, is officially the beginning of the autumnal equinox. And while we have typically used the terms fall and autumn interchangeably since the 1500s, the original name for this season is much older.

By Any Other Name

Both Shakespeare and Chaucer used the term autumn, from the French autompne, which of course reflects its Latin root, autumnus. Scholars are hard pressed to tell us where autumnus came from or what it translates to.

Looking back to the late 1600s, Brits and Americans both also used the term fall – from the fall of the leaf. But around the time we won our independence, folks in the UK started using autumn more often.

Going back even further, though, we find the Germanic term, hærfest or harbitas, which translates more or less to harvest and was used almost universally across the known old European world. The Norse, French, Dutch, Germans and Saxons all used Harvest in their language to describe this time of year. It’s probably also why the full moon closest to the equinox is called the ‘Harvest Moon.’

While the origins of autumnus are still shrouded in history, things are much more straightforward with equinox. It literally translates as ‘equal night,’ which is very apt as it marks the time of year when our daylight and nighttime hours hit the balance point and then drop to the other side, with days getting shorter and nights longer.

The exact date of the equinox is basically set by when the sun crosses over the equator. If you take the equator, the exact center of our globe, and extend it out into space, that marks the equinox line. When the sun spends more time on one side of it, that area calls it Spring and the other Autumn and vice-versa. So we’re entering Fall while our friends down under are starting Spring.

In truth, since the earth spins on an axis orbiting the sun, we’re tilting away from the sun which is what shortens our days - not Helios in some magnificent solar-powered chariot racing across the daytime sky.

As an interesting side note, as far as the weatherman is concerned, fall started on September 1, the same as it does every year. Meteorologists split the year more or less evenly into quarters. So fall  falls from the first of September to the end of November, making it easier to track trends and year to year weather patterns.

Fall also marks the return to school, the start of the football season (both locally and nationally), and the beginning of the new broadcast television season. It’s also the beginning of the extended holiday season – Halloween and Thanksgiving preparing us for Christmas, Chanukah and New Year’s Eve to come. Because of the shift in amount of sunlight, temperatures typically get cooler and crops go through their final ripening process.

One final linguistic lesson: the root word of harvest means plucking or picking of crops or fruit. Just another reason our ancient European ancestors called this time of year harvest.

Even though our growing season is a little different from that of our neighbors to the north, we do harvest some crops and celebrate that harvest! Halloween traces its roots to the Celtic celebration of Samhain – literally when summer takes a rest, the 31st being the end of the harvest. Thanksgiving was first celebrated with thankfulness over the bounty of the harvest as well as survival of the colonists in 1621.

When the temperatures do finally begin to drop there will be various insects that will start to prepare for winter by trying to get into your house! Now is a great time to invest in our Go Green Perimeter Plus solution.

We check to make sure all those entry points to your home that the creepy crawlies look for are sealed tight and your home gets the safest, most effective treatment for the majority of insect invaders we see here in Florida. For more details, or to schedule your first visit, just give us a call!