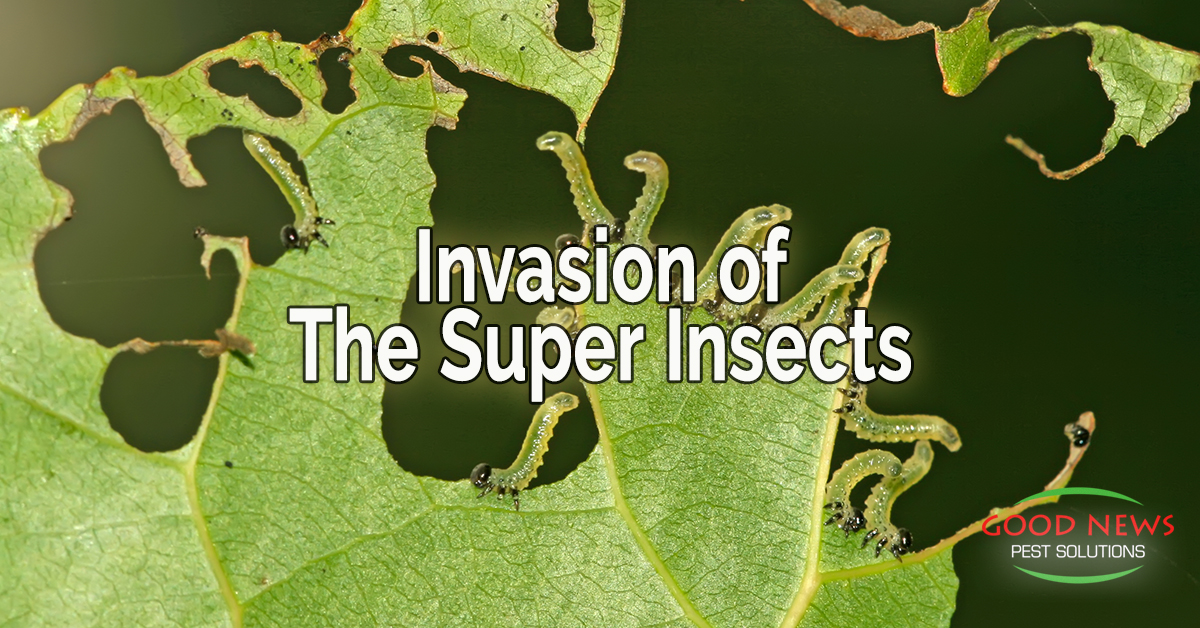 The Invasion of the Super Insects

Whether you’re a proponent of Biblical Creation, the Theory of Evolution, or Intelligent Design, there is one thing all three of these approaches agree on – man was the last or one of the last to arrive on our planet.  Whether it was days or generations, human beings were the last ones to the party.

As such, and because we are the dominant species on the planet, there is plenty of evidence of how we have changed the world. The discovery of fire, the telling of stories, the fashioning of science and engineering – we’ve changed the world with these and so many other ways.

Of course, sadly, some of those changes caused death and destruction – to ourselves and other creatures on the planet. But new evidence is coming to light that we may have accidentally turned some troublesome bugs into super insects that will cause more trouble down the line.

Look to the Trees

Researchers with the University of Wyoming along with the Organization of Tropical Studies in La Selva, Costa Rica discovered that prehistoric leaves, preserved in the fossil record, were less chewed up. On top of that, the biting and tearing marks on the leaves were less diverse than what we see today.

All of that appears to be evidence proving that human influence – likely from clearing land and more so from the Industrial Revolution – caused changes in insect life. Plants and trees provided less food for fewer bugs. And while that’s an interesting theory, what complicates things are the conclusions – what does this mean for our future?

It’s one thing to look back at the distant past and draw conclusions. But the scientists discovered it wasn’t just that a lot of these insects are more destructive now than they were then. The bigger issue is that in the last 100 years, it’s gotten progressively worse.

Not millions of years ago, not even a thousand years ago. Since the First World War insects around the globe have become more damaging to plant life. We talk a lot about how there are fewer bees, butterflies, and silk moths – and how those losses can potentially cause issues in the future.

But now we’re discovering the bugs we have left could be doing more damage to our forests and agricultural areas than we can survive. We know that several insects have developed resistance to pesticides and chemicals that once controlled their population, adding to the ongoing issue.

It is important to become better informed about our world, how it works and what part each of us and the various insects play.

They developed a mobile game, similar to Animal Crossing or Pokémon Go. Utilizing collectables, native apps, and an always-on camera strategy, they worked to drive people into their stores but also inspire the next generation with the importance of biodiversity.

Kids collected physical cards, scanned QR codes and built up a digital album of insect images – filled with interesting facts and details about the bugs – complete with 3D visualizations that further engaged their young minds.

It’s not all gloom and doom. The researchers who discovered the damage are quick to point out that Mother Nature has a way of jumping in when necessary to protect the planet. Using technology, as in the supermarket example, is a good way to engage all generations to do their part to fix issues before they become a larger problem.

Recently, the pest control industry as a whole has tried harder to find natural means and less harmful chemicals to control dangerous insects instead of poisoning them and the earth. Not to toot our own horn, but we’ve been offering the most effective green solutions to control insects and other pests for over 30 years.

For more details on our various Green Pest Solutions, you can chat with one of our highly trained technicians – just give us a call!