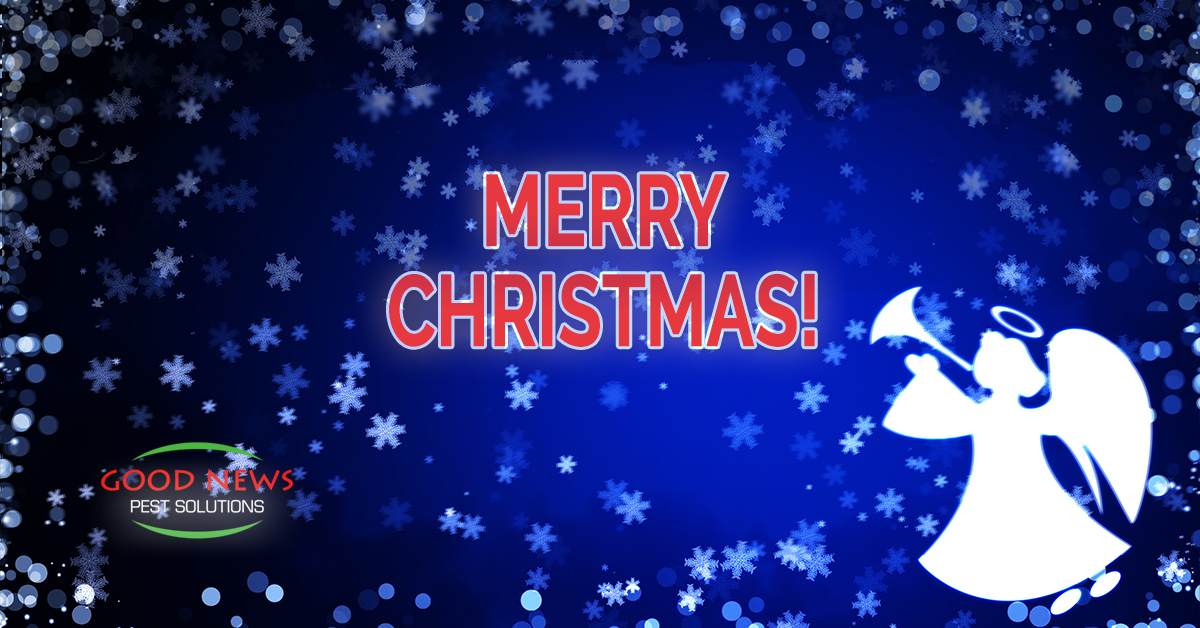 This is it! To paraphrase the words of Kermit the Frog, or rather, Bob Cratchit in The Muppet Christmas Carol, “There’s only three more sleeps ‘til Christmas”. We’re halfway through Hanukkah and on the cusp of Christmas Day. We hope you have your shopping done (we know at least a quarter of you don’t!) and that you’re settling in for a long holiday weekend with the family.

Last week we talked about the Christmas spider and how it’s popular to decorate trees in Germany, Poland and Ukraine with spider web ornaments. We often think of Christmas solely in the way we celebrate the birth of the Christ child and/or the giving of presents. But there are dozens of different traditions across the world, all tied to this day we call Christmas.

The name Christmas itself doesn’t date back to Jesus. It’s a combination of two words – Christ and Mass. On or about 336 AD, we have the first recorded Christ’s Mass – the celebration of Jesus’ birth - on December 25. There was only one Church at the time, and even when we split into Catholic and Orthodox in 1054, and the Protestant Reformation in 1517, most Christians traditionally hold to that date.

Traditions like the Christmas tree, decorating houses, exchanging gifts and singing carols came later, some of them adopted or adapted from regional, cultural and national traditions of the places where Christianity spread.

The Dutch hang stockings by the chimney with care. In Amsterdam and other cities across the Netherlands, children leave their shoes by the hearth or the back door. Often they place carrots in them for Amerigo – the white horse Sinterklaas rides across the country. Sinterklaas typically fills the shoes with small gifts and sweet treats such as gingerbread men, chocolate letters or marzipan.

Much like we have the tradition of coal in your stockings, naughty children were threatened with getting potatoes in their shoes, although that tradition seems to have fallen out of favor.

In the Portuguese-speaking countries they celebrate Christmas a little early,  eat a bit later than usual, at 10pm as opposed to 8, and at midnight they exchange gifts, toasts and wishes of ‘Feliz Natal!’ Growing up, many of us attended church in the late evening singing “Joy to the World” when the clock strikes Midnight. In Brazil and Portugal, Midnight Mass starts at Midnight!

When the church service is over, many villages and towns set off fireworks to mark the Christ child’s birth.

While there are many English traditions that we’ve adopted over the years, we’re going to focus on the foods. You’re probably familiar with the old Christmas carol “Here we Come A-Wassailing.” Wassail is mulled cider and was a common beverage carried around town as carolers sang. It keeps the vocal cords warm and lubricated. It wasn’t uncommon for orphans in olden times to go around singing songs in hopes of getting some wassail or another distinctly British treat.

Figgy Pudding is not what you make from Jello boxes, but more like bread pudding. It started as a wet, sticky, thick porridge consisting of boiled figs, water, wine, ground almonds, raisins and honey, and eventually morphed into a more solid, tasty cake. It also may be the origin of fruitcake – but don’t hold it against the Brits for that!

Many churches mark the start of Advent by bringing in Poinsettias and doing live Nativities. We can thank Mexico for the origins of those traditions. Many Mexicans begin their Christmas celebrations early in the year with Las Posadas, a parade or march that re-enacts the journey of Mary and Joseph from Nazareth to Bethlehem. They also host Pastoreles, or “Shepherd’s Plays”, that tell the Christmas story, much like the Passion Play of Iztapalapa borough of Mexico City every Easter.

The ancient Aztecs called the red flowering plants that bloomed in the wintertime 'cuetlaxochitl'- and Mexicans use the “Flowers of the Holy Night” to decorate their homes and around town.

One of the oldest and strangest traditions we heard about comes from ancient Svithjod. Don’t ask us how it came about, but there’s an 11th century story about the Yule Goat, a man-sized goat figure that Saint Nicholas used to control the Devil. The origins appear to go all the way back to Norse mythology, but also have changed over time, the goat transforming from a Loki-like trickster to a giver of gifts.

In the mid-1960s the Yule Goat was resurrected as the Gävle Goat – a giant straw goat originally intended to bring in more business for the town square. It’s now a Christmas tradition in Sweden where you can watch on a webcam from “skyltsöndagen” to the goat’s eventual demise.

Of course, nowadays, we have our own modern traditions that we’ve added to the mix. For years we would gather around the TV to watch It’s A Wonderful Life or Miracle on 34th Street. Now, with streaming and cable, there are more options than we know what to do with. There were 153 new holiday movies released just this year between Hallmark, Lifetime and every streaming service you can imagine.

While the Tannenbaum originated with Germany, it’s safe to say Christmas trees are pretty ubiquitous throughout the Western world. We decorate them with baubles and balls, lights and tinsel. And of course, nothing says I love you like sharing a gift exchange – whether it’s an engagement ring or Dad’s next least favorite tie.

Baking cookies is another tradition we all love to share with the family. Chocolate Chip, Molasses, Peanut Butter Blossoms and Sugar cookies are all top favorites. But one of our faves is a traditional…

Despite the name, the cookie originates in the Middle East, finding its start in medieval trade routes that brought sweet treats into Europe.

To make these, start by creaming together 1 cup of softened butter and a 1⁄2 cup of powdered sugar until light and fluffy, then stir in 1 teaspoon of vanilla.

Whisk together 2 1⁄4 cups of sifted flour and 1⁄4 teaspoon salt, then slowly fold it into the butter mixture. Add ¾ cup chopped walnuts or pecans. Chill the dough for about a ½ hour.

Using a spoon, form the dough into 1 to 1-¼ inch balls and place on ungreased or parchment lined baking sheets.

Bake each pan at 400-degrees for 10-12 minutes – the cookies will start to turn light golden brown. While the cookies are still warm but not hot, roll a few at a time in a bowl of powdered sugar. Set them on a wire rack to cool. You can also reroll each cookie in the powdered sugar after they cool before putting them into containers.

We hope you enjoy these simple sugary mouthfuls as much as we do.

Whatever your chosen holiday traditions, we hope you have a blessed and safe Christmas weekend. Our offices are closed on Christmas Day, as they are every Sunday, but we’re also closed for Christmas Monday, allowing our employees to enjoy a nice, long weekend with their families. We’ll be back on Tuesday for all your pest solution needs.

Until then, Have a Very Merry Christmas!