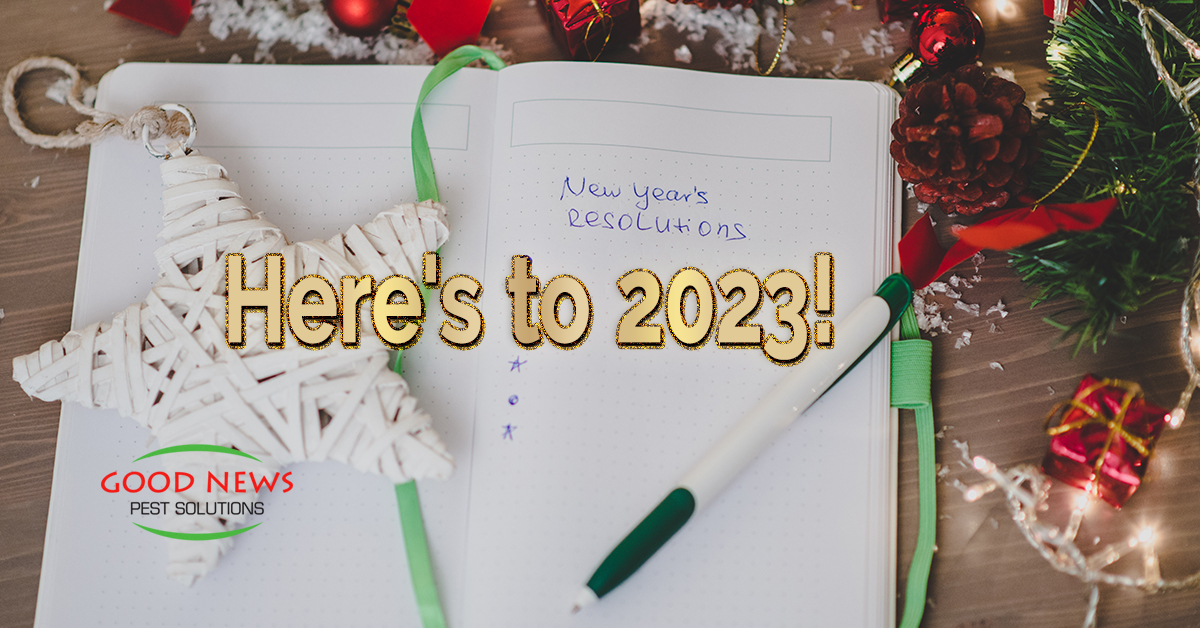 Get more exercise! Eat healthier! Lose weight! Save money! Every year right after Christmas millions of people around the world make decisions – nay, resolutions! – to make their lives better in the coming year.

Unfortunately, we know that only 9% of those resolutions are kept. In fact, 23% of people don’t even make it through the first week. Change is hard! It probably doesn’t help that we make these promises while at the same time mentally crossing our fingers. 43% of people who make resolutions expect themselves to fail by the beginning of February.

There’s even an unofficial “Quitters Day”, um celebrated?, on the second Friday of January every year.

As much as we sometimes disappoint others, it seems we find it even easier to disappoint ourselves.

Interestingly enough, New Year’s resolutions are not a 20th century American practice. Historians trace the origins of resolutions back to well before the birth of Christ. Although they celebrated in the month we call March, the ancient Babylonians celebrated a new start every year in a practice called Akitu.

Rather than one day, the religious ceremonies lasted for 12 packed days, filled with re-avowing their loyalty to or crowning a new king. Additionally, people made promises to the gods to repay debts and return anything they had borrowed. In a way, it’s similar to the Hebrew practice of celebrating their new year with Rosh Hashanah and Yom Kippur.

Of course, there are some differences. The Babylonians believed if they broke their word, they’d fall out of their pagan deities’ good graces - leading to drought, flooding, insects, and various other calamities in home and field. And if they kept them, they’d be blessed with abundance. No doubt there were a lot fewer than 43% ‘planning to fail’ in those days.

The ancient Egyptians had a similar practice, marking the new year when the Nile flooded the delta plain.

A lot closer to Jesus’ chronological birth, the Romans established a new calendar with Julius Caesar naming one of the months of the year after the god Janus. Because the two-faced deity embraced both regret (looking back) and change (looking forward), the Romans began sacrificing to him in January, promising to be better in the year ahead.

After a while, the Popes took over timekeeping and in 1582, Pope Gregory XIII instituted the Gregorian calendar. It replaced the Julian dating process that had gone a little off the rails. Believe it or not, church leaders made 11 whole days disappear in 1752 to get us back on track. For whatever reason, we kept the pagan-oriented months, but now the new year would officially start on January 1 for the whole Empire.

Flash forward to 1907. Millions of people gather in Times Square to watch the ball drop, marking the beginning of the New Year and their new resolutions (which, by this time, only about half expected to actually keep). The ball in question was inspired by an olde sailing practice. Along with lighthouses, most ports also hoisted a ball above the docks, triggering it to drop to the earth (and out of sight of distant sailors) at precisely 1pm. This allowed the men on ships to know, even from miles out, what time it was, so they could calculate return voyages and such.

As we researched this, we found out that, despite being a historical practice, people under 45 are two to three times more likely to make resolutions than their elders. We’re not sure if they just gave up as they aged or have reached enough enlightenment to not worry about getting better anymore. Probably the former.

Whatever resolutions you choose to make, we hope you stay true to them – promises are important enough to keep – and our world would be better if we all kept even one of our New Year’s resolutions.

If one of your resolutions is to live a pest-free life, we applaud you. You’ll just have to wait until Tuesday, though. We’re closed Monday for the long New Year’s weekend.

Starting on January 3, we’re happy to help with our green, effective, safe Go Green Perimeter Plus pest control solution designed for your family. Make this year the best ever with an insect-free home. Just give us a call!

Tags: holidays, resolutions
« Back to Blog