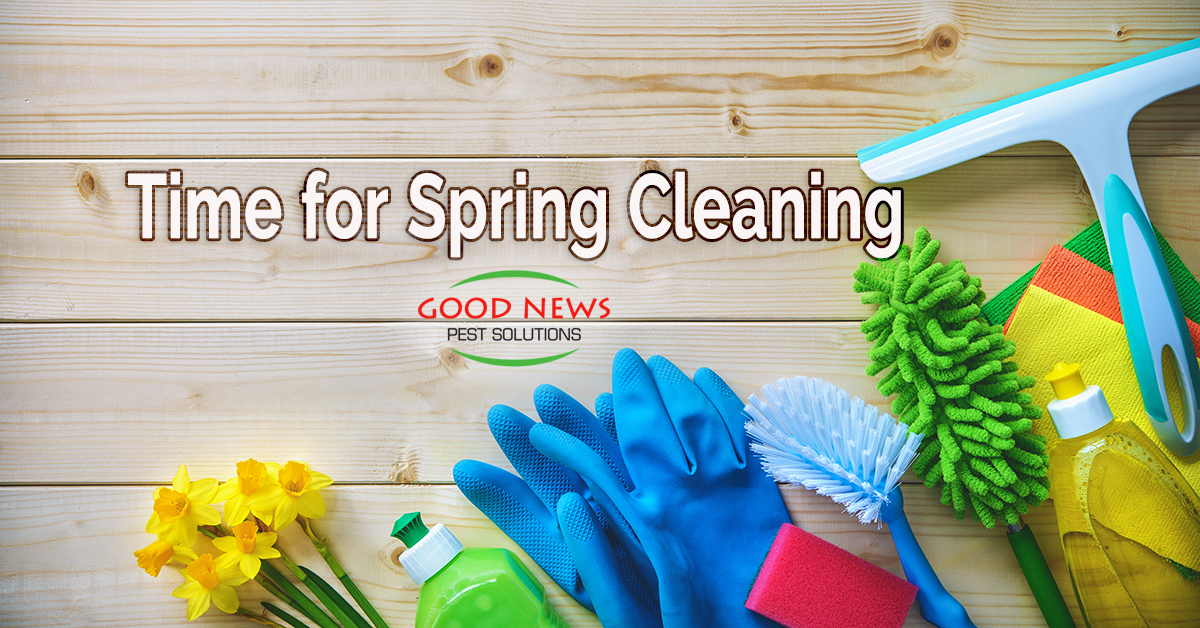 Spring is a busy time of the year. March 20 was officially the first day of the spring, the vernal equinox, and the week prior, our clocks sprang forward an hour as Daylight Savings Time began. We’re just past the midway point of Lent, fast approaching both Easter and Passover. And our neighbors to the North are emerging from their frigid temperatures.

Believe it or not, all of that is the backstory of the annual ritual we call Spring Cleaning.

Typically, as it gets warmer and the days get longer, we have the opportunity to throw the doors and windows open. We air out our living areas and begin cleansing our little corner of the world, so we feel refreshed and more awake and alive.

But Spring Cleaning is more than that – and we don’t mean that it’s some conspiracy of Johnson and Johnson to sell more cleaning products!

Nearly 3500 years ago, the Hebrew people left their Egyptian captivity, following several plagues, including one where all the first born children of the land suddenly died. The Jewish people were spared from this act of God if they had been obedient, ate unleavened bread and marked their doors with consecrated animal blood. Their homes were “passed over.”

To this day, the Jewish people remember their redemption every year in the month of Nisan (typically late March to early April) as they celebrate Passover. They perform some religious rituals and eat a special feast, including unleavened bread – bread without yeast. To ensure that they are obedient, prior to Passover, every household would clean, sweeping even the crumbs away, ensuring their home was Kosher.

In similar fashion, Christians around the world prepare for Easter – which often coincides with Passover – by doing some cleaning. Easter, of course, is the celebration of Christ Jesus’ resurrection after dying for our sins on Good Friday, bringing hope to the world. Traditionally, Lent is a 6-week time of sacrifice, commemorating Jesus’ time in the wilderness. It was formalized in the fourth century.

Not all Christians follow the practice, but many do. The tradition for members of the Greek Orthodox Church is to clean the week before Lent, so they can spiritually prepare for Easter unencumbered. Just prior to Good Friday, the altar at the front of most churches is swept clean, then dressed all in black, symbolizing Christ’s death. This year, the first night of Passover falls on Good Friday.

Even though it likely started with the religious rituals brought over by our European ancestors, in the 1800’s Spring Cleaning first emerged as a nationwide practice for very practical reasons.

Before we had electric lights or gas furnaces, we used a lot of wood, oil and coal. Thus, by the time we were able to leave the windows open, everything in the house was covered by a thin layer of oil or soot, from fireplaces, cooking stoves and oil lamps.

Everything would be wiped down or dusted off and out. Accumulated laundry would be done. In some cases, baths would resume. Disinfecting with vinegar and herbs was popular, as was placing newly bloomed flowers around the house.

As you do your spring cleaning, you’re likely to sweep up a cobweb or two – or maybe discover that ants or roaches have snuck into your home. The good news is while the spiders are probably helping,  we can do even more. Our most popular solution, Go Green Perimeter Plus, protects your home year round from the most prevalent creepy crawlies we see on the Gulf Coast of Florida. And there’s no better time than Spring to get started protecting your home and family. Just give us a call!