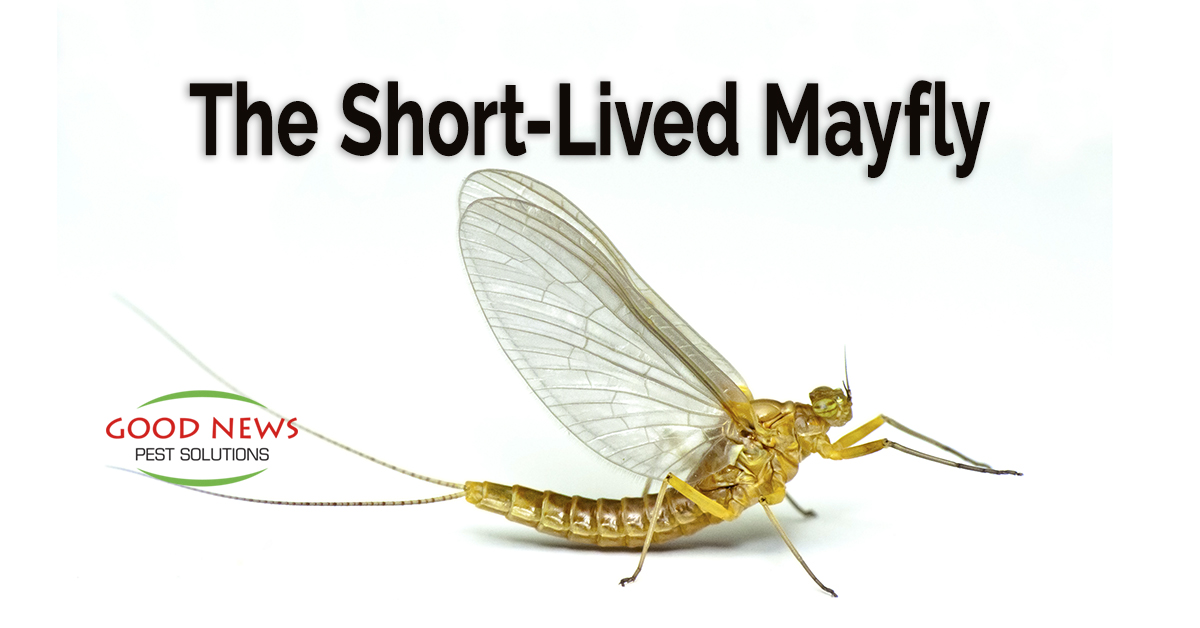 Even though they don’t actually show up in May specifically, mayflies are definitely connected to heavy rains. For example, the oldest record we have of mayflies’ existence is in the Babylonian epic of Gilgamesh.

“Ever the river has risen and brought us the flood, the mayfly floating on the water. On the face of the sun its countenance gazes, then all of a sudden nothing is there.”

Gilgamesh spent his whole short life trying to find immortality – even going to the ends of the earth to talk to a version of Noah, since he had survived the flood. Ultimately, he was disappointed, as indicated in the quote above.

Mayflies come with the water, and disappear almost as quickly when the sun comes out. Depending on the species, they live anywhere from a few hours to a couple of days. Even their scientific name is a clue - Ephemeroptera, which comes from the same root word as ephemeral – lasting a very short time.

Similar to their cousins that we talked about last week, the Dragonflies, the longest portion of the mayflies’ life is in the water.

Mayfly nymphs or naiads can live for two or more years in the water or close to its surface. During this time, they are molting, becoming larger and larger with every stage. Their bodies are segmented and has multiple feet as well as pairs of gills. Their final stage of metamorphosis in the water is to grow a pair of wings and underdeveloped sexual organs.

At this point, mayflies are sometimes mistaken for mosquitoes as they take flight from the surface of the water. Once airborne, mayflies molt one more time, becoming full-fledged adults. They are the only insects we know of that molt after they have developed wings.

Then for the next few hours, they have the best time of their lives, flying around, mating, and eventually laying their eggs as they coast to their quick deaths.

While their aerial life is short, mayfly nymphs are a vital part of our river and lake ecosystems. They are popular food for several species of fish, especially bass. That also makes them a popular bait (or synthetic sly) for anglers, particularly in the Midwest.

And while mayflies can be annoying for the few days they’re swarming, they don’t pose any threat to us, our pets or our yards.

But for all the other creepy crawlies you’ll find on the Gulf Coast of Florida, depend on Good News Pest Solutions to protect your home and yard – from cockroaches, flies, ants, mosquitoes and more. To sign up for our most popular solution – Go Green Perimeter Plus, just give us a call!

Tags: ecosystem, mayflies
« Back to Blog