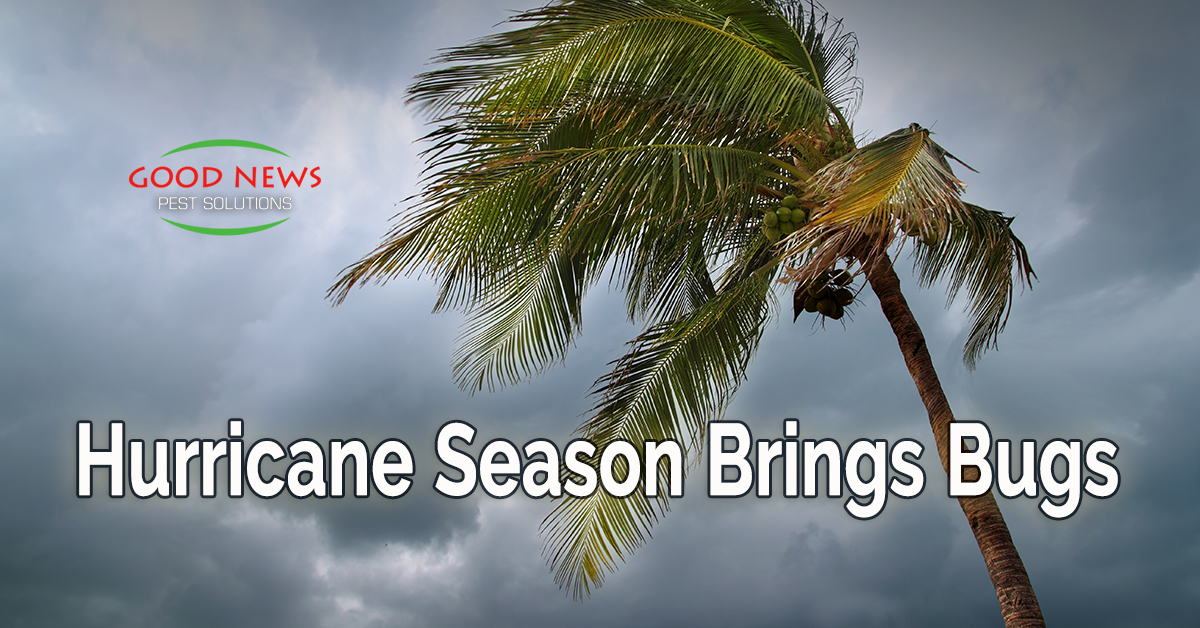 June to November can be Floridians’ least favorite time of year – hurricane season. Sure, sometimes it’s calm and we mostly deal with tropical storms and the threat of hurricanes sweeping across one end of the state to the other. Other years, we deal with multiple Category 3, 4 and 5 storms, as we did in 2004. And of course, some years have one particularly devastating storm, like Andrew, Katrina, or the unnamed Category 5 storm in 1935 that all but destroyed our Gulf shores.

This year has been quieter than most – in fact the gap between the last storm and now is the widest in nearly 30 years. But of course, things could flare up again at any time, and history tells us that mid-August through early October is typically the busiest time of year for the tropics. Not to mention, hurricane season experts, the National Oceanic Atmospheric Administration (NOAA), predicted three to six major named storms in 2022, none of which have happened yet.

If you’re new to Florida, hurricanes form when cool air slips into the gap over the warm water between the ocean and the sky. The cooler air warms and rises, and if it does this fast enough, as more warm air comes in, instead of equalizing, the hot and cold air start swirling around each other, forming a tropical cyclone, aka a hurricane. The longer and faster the cyclone sits over tropical waters, the more powerful the storm and winds become.

Along with wind and clouds, hurricanes have a tendency to pick up other things. No, not cows like in the movie Twister. But the fast moving air and wind does drag many flying animals into itself, including birds and various insects.

That seems obvious just thinking about it, but other than anecdotal evidence – inland birds landing on ships, oceanic waterfowl showing up inland, for example – the idea had never been scientifically proven until recently.

It turns out the stories were right. In the center of every hurricane is the proverbial eye of the storm. If you’ve ever experienced a hurricane in real life, you know there’s a short window during the storm when everything’s quiet. It might still be overcast and raining, but the winds stop, the land relaxes, and everyone breathes a temporary sigh of relief.

Of course, it’s short-lived and, sadly, some have gotten hurt worse by not getting back to shelter quickly enough when the eye finishes passing over and the storm roars back.

But in that eye is where dozens, if not hundreds, of birds and bugs ride out the storm. Like a family in a disaster movie, the fowl and insects fight through the storm, seeking shelter, and then do their best to remain in relative safety.

Thanks to new technology, we can delve into the surface and eye of a hurricane. Not only does it help us to understand and predict hurricane behavior and patterns better, dual-polarimetric radar also gives scientists a deeper understanding of mismatched migratory patterns.

What the researchers found in the data were unique bioscatter signature patterns. Bioscatter is not new. It’s the human version of bat sonar - the radio echolocation the flying marsupials use to navigate. But recent advances in Doppler radar now allow scientists to “see” the difference between living organisms and rain patterns.

So not only does each hurricane come with its own temperature, dew point and density, researchers discovered each tropical storm transported and interrupted the migratory patterns of various birds and insects in unique ways.

In particular, they realized that on average the bioscatter was larger and denser in hurricanes that struck the Gulf Coast and other parts of Florida. Again, anecdotally, this seems true, since we have a larger concentration and diversity of birds than other areas struck by hurricanes.

The next step for the scientists from the University of Nebraska-Lincoln is to determine what behaviors lead some birds and insects to survive better within a hurricane.

Of course, here at Good News Pest Solutions we’re just happy that the hurricanes are taking some of the bugs out of our hair. Hurricane season is also peak mosquito season, as the annoying insects require standing water to lay their eggs. And our cycle of daily short-lived afternoon rain and hot sun creates the, well, perfect storm for a mosquito explosion.

Luckily, we’ve got a solution for that. Our exclusive No Bite Zones Mosquito Protection Program safeguards your backyard by turning biting momma mosquitoes and their offspring into vegan insects. No more slapping, itching and scratching – just enjoying the weather and letting the mosquitoes fulfil their God-appointed task of pollination. It’s a win-win.

For more details, or to schedule your delivery of our Mosquito Protection Paqs, just give us a call!

Tags: hurricanes, mosquitoes
« Back to Blog