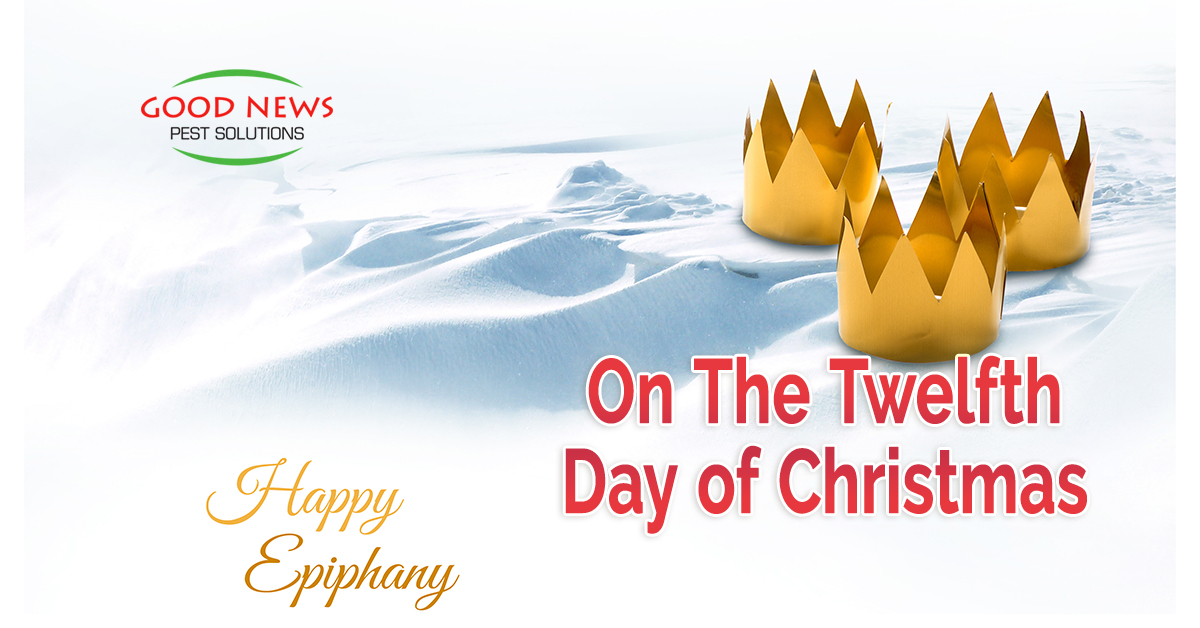 On The Twelfth Day of Christmas

Epiphany, Día de los Tres Reyes, Twelfth Night, Three Kings Day, take down the tree day… All names for the day after the 12th Day of Christmas (aka tomorrow). The first day of Christmas is December 25th itself, the day Jesus is born, but people have been celebrating all 12 days of Christmas for longer than any of us can remember, drumming drummers or not.

The 12th day is typically commemorated as the final day of the journey of the Magi/Wise Men following the star. On the 6th, aka Epiphany, they finally arrive and offer their gold, frankincense and myrrh to the baby, actually the toddler, Jesus. We know from the Biblical account that these astronomer philosopher kings probably showed up nearly three years after Jesus was born (Herod commands the death of male children age 2 and under). But the first – or fourth – century church couldn’t really add a feast day that only took place every 3 years, and Epiphany, January 6, got the nod in 567 AD. Or maybe 361 AD, depending on who you ask. December 25 – January 5 – Twelve Days of Christmas. Then Epiphany.

The Christmas carol itself also has its origins in the church, believed by some to have been a popular, coded way to teach the catechism and creeds to a largely illiterate congregation in the Middle Ages. We don’t know if Shakespeare believed that. But he did name a play after the Eve of the Feast of Epiphany, Twelfth Night, a romantic comedy about mistaken identities and true love, originally meant to be performed during the Christmas season.

While our tradition here in America is to give gifts on Christmas Day or maybe Christmas Eve, many of the other parts of the world celebrate things differently. For one, in the old days, the entire 12 days would be an ongoing celebration of Christmas

In the Eastern Roman Empire, Christmas was celebrated on January 6 – sometimes referred to as the Old Christmas. This gets extra confusing if you know that the Russian and Greek Orthodox churches celebrate Christmas on January 7th. But that’s because they follow the Julian calendar and didn’t switch to the Gregorian calendar in 1582 – which we discussed last week.

In Spain, many Latin American countries, Puerto Rico, the Virgin Islands, as well as in some Irish and Amish communities, Epiphany is referred to as Three Kings Day (or El Día de los Tres Reyes or El Día de los Reyes Magos), and that’s when they unwrap their presents. As you might imagine, special gifts come from the Magi rather than Santa Claus.

In Italy, the folklore hero of Epiphany is Befana – an old woman (who bears a bit of a resemblance to a witch) who comes down chimneys on Epiphany Eve (January 5th) and leaves candy and presents for good kids, coal or black licorice to bad kids. Sometimes she even leaves it in fireplace stockings.

Unlike Santa, Befana is left some wine and locally sourced snacks instead of milk and cookies. She rides a broomstick and has an ash-covered face because she’s always going up and down chimneys. She uses her broom to sweep the floors – which feels a little old fashioned, except she does it not to clean the house as much as to sweep away the previous year’s problems.

The legend of Befana in particular goes all the way back to the Roman empire, shortly after Jesus’ birth, and has various stories of her encountering the wise men and either giving them a place to stay or directions. Most of the legends have a touch of her being too busy to help and later seeking the Christ child. She apparently never found him but leaves candy behind for the children she does meet.

Another fun modern twist is that EVERY child receives dark candy because no child is 100% good. Luckily, it’s rock candy painted dark with caramel coating.

Removing of the Greens

Epiphany Eve is also when many liturgical churches remove their wreaths, Christmas trees, and various Advent and Christmas decorations. The tradition goes back to the Catholic church and is reflected in many at-home traditions. That’s how the 5th of January (or sometimes the 6th) also became known as take down the tree day.

Some families take the tree down right after they open gifts on Christmas (or after Boxing Day, the 26th for you Canadians). Some handle it later in the week but before New Year’s Day. And some linger well into the new year. Whatever your tradition, remember that live (or once live) trees can become fire hazards and often attract insects you don’t want in your house.

As we wind down the Christmas season and look ahead to Valentine’s Day and Easter, it’s a great time to get your house in order. Out with the old, in with the new, add a few resolutions for the new year, and if you need help with a bug problem, no matter how big or small, please – just give us a call!